There is a haunting narrative told in Anya’s work. I contacted Anya the first minute I saw her drawings. I was fascinated by them. Little did I know I would find such a dynamic person in this female, artist and Marine. I should have known.

We set up a date to chat and after speaking with her I realized that each piece of Anya’s artwork is her giving her heart. Each piece of her artwork bears a colossal and fantastical respect for her subjects; In Honor of Lt Michael Murphy, “Not on My Watch” or Operation Red Wings “The Calm Before the Storm” are just some of the works that she lovingly created.

Each of piece of work points back to her admiration for the military and those who have made deep sacrifices while serving in it. One of my favorites is The Cutting Edge of Democracy” (Fear Me for I am Death) because its dark shadowing gives the subject matter a certain spookiness and weightiness at the same time. Just the right amount of light counterbalances the darkness and shows off her technical ability. What is surprising is that Anya hasn’t even gotten started yet. She’s a young artist.

She’s new to the art of pencil drawing; mostly self taught. Art is largely an organic process however some artists who are taught by teachers can get stuck in being too technical. Anya, being self-taught, is learning to define what is inherently her own style rather than copying some else’s. Because she’s new to the craft of drawing, there’s so much room to grow. Anya’s web gallery, called American Heroes Through Graphite, can be found here and you’ll get an opportunity to purchase some of it from our online store. But first I wanted to talk about Anya. You know, she was reluctant to talk about what she does. There’s a humility there…She wanted to discuss her work instead but I wouldn’t let her off the hook. I gave her homework in the form of questions. Ha ha.

Anya loves others and wants to give. I admire that and so do many others. Her goal is to make her art right, to properly convey heart, guts, raw sheer hurt, joy and respect for those who serve. By graphite she wants to describe those haunting playfellows of battle on paper. She engrosses herself in her work reverentially absorbed in her task to create. Sadly, some of the work comes from the loss and destruction of others. But what the vandals of life destroy she will work to preserve; these are her memorials to warfighters.

And the homework I gave her; you know the very personal questionnaire I sent her to answer? Well she filled them out like a champ even thought they were hard to do. Few in the military really like to brag about themselves or share their most personal stories. So, let’s talk about her. 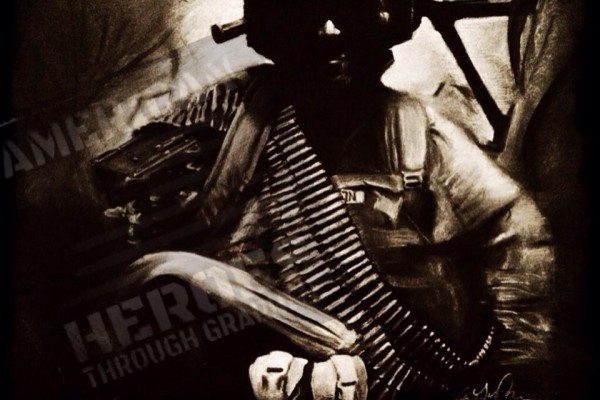 Anya knew at a very young age of 14 that she wanted to be a Marine. In her freshman year of highschool she went down to the local Marine Corps recruitment center to find out information about enlisting but the recruiters told her to get lost. “Come back when you’re older and serious” she was told. Years later she would find herself graduating from the Marine Corps; an elite group of service people. Her family was not supportive. Their expectation was that she enter college and get a career but she thought otherwise. She threatened that her parents either sign her paperwork when she was 17 or she would enlist at 18 whether they liked it or not.

In high-school she was strongly influenced by the book, The Things They Carried, Tim O’Briens collection of short stories about a platoon of American soldiers in the Vietnam War. Little did she know she would revisit that book many years later upon meeting her boyfriend.

She began drawing when she had free time. But her work really began to develop when she got on the U.S.S. Comfort, a hospital ship, while on deployment about 2003. She sketched out a drawing of a wounded Corporal and that led her on her path. Back home, her battalion commander asked her to do a painting for her group and today it’s still up there. She says it’s not great. I replied, “well its up there!” We laughed. She is a humble person and knows each drawing is helping her along her way as a certain therapy and her drawings help others as well.

Warfighters can understand what its like to be alone, or on a patrol or with a platoon. People can relate to being in a band of brothers. These aren’t Disneyland cartoons.

But she was never formally trained. Everything is self-taught. To put your art out there is to be vulnerable, to be taken to task by others, but her sensitivity to people and their struggles coupled with an inexhaustible focus on getting things right helps her create.

She is trying to do this full time now. When she left the Marines she used her GI Bill to go to college and study histology and examines human tissue. She resides in the Twin Cities.

She was never encouraged really by anyone until she met her boyfriend. After he shared his own experiences on deployment she began to recall the one book that influenced her to enlist, become a Marine and tell stories in artwork; that book called The Things They Carried. So, she wondered if she could get back into serving in a different way. She ended up serving with 22 Until None, a non-profit group that assists veterans.

As of  March 2015 she is in her 2nd week without a paycheck. She decided to draw full-time. As an artist it’s a risk but she doesn’t feel afraid or nervous about it. She knows that people are taking her seriously and she has been contacted by people to get her artwork completed. She has been invoicing people to see if they come through on their payments, and every person has. This gives her confidence that people are true to their word. One of the highlights is donating her artwork, and she gets requests a bout once a week or more, which really makes her feel good to serve others by creating. It does take money away from her when she donates; she doesn’t have the finances as a mother to support people, because she has a young son to worry about, but she believes in what she does.

Some big highlights in her career have been donating an original piece of her work to the Danny Dietz Leadership and Training Foundation. She met with the fallen Navy SEAL and his family in Colorado for this event. The piece had originally been posted in an online forum for special operators and someone noticed. Yakovleva was contacted by Danny Dietz’s mother, who personally wrote to the artist, and mentioned she’d love to have the Operation Red Wings art. The piece was donated on Memorial Day.

Drawing is therapeutic for Yakovleva. It’s never been about the money for her. She loves using her charcoal and graphite pencils to tell stories about heroes. Her husky tones and intricate lines beguile the eyes and let us see these men, the vibrant youth, who swagger. Kinsman, with hearts ablaze with love for their fellow men and country, some of them are no longer with us. Men who combed through rubble, and marketstalls, poppy fields and sand. Some are not with us any longer, but her artwork is with us, and our memory of them is… 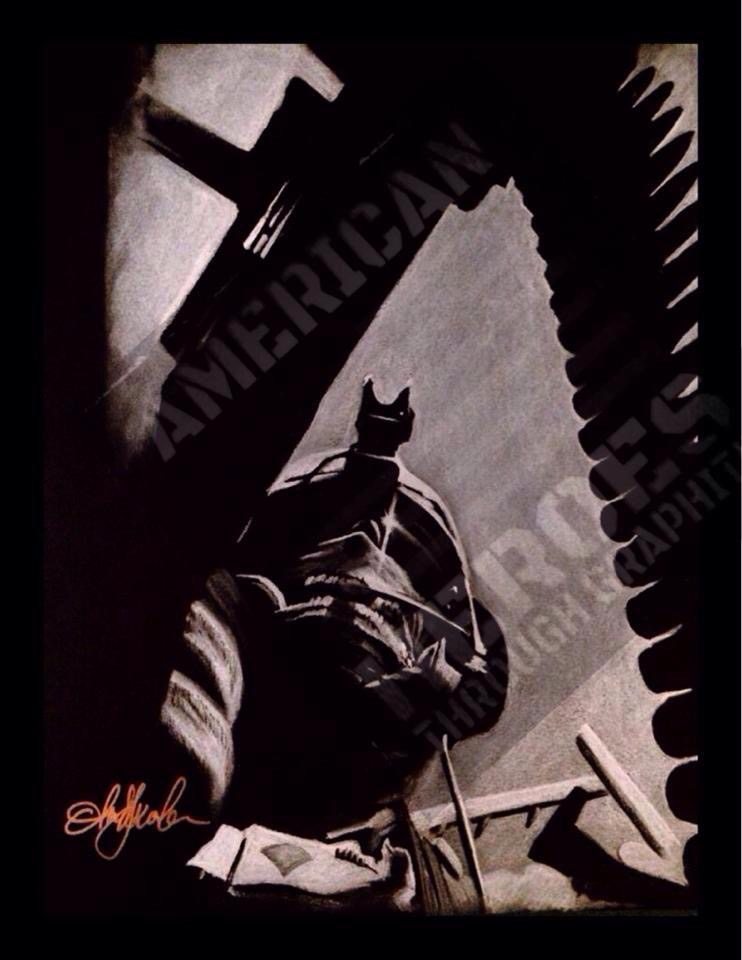 1 thought on “An Interview with a Marine Artist”