Another great read from our contacts at the United States Naval Institute Press. Hitler’s daring and pioneering special forces served in every German theatre of action. This is the most comprehensive account of an unusual and profoundly successful band of men.

Lawrence Paterson traces the origins of the small unit, the brainchild of Admiral Wilhelm Canaris and part of his Abwehr intelligence unit, from before the outbreak of war in 1939 to its breaking up in 1944 when it was largely converted to a conventional Panzergrenadier division. At that point, many Brandenburgers transferred to Otto Skorzeny’s SS Jägdverbänd. Paterson details the roles of key individuals, such as Theodor von Hippel, along with forensic details of key operations.

Otto Skorzeny, (born 1908, Vienna—died July 5, 1975, Madrid), Nazi SS officer, who gained fame in 1943 for his daring rescue of Benito Mussolini from confinement at Campo Imperatore in the Abruzzi mountains where he had been imprisoned by Marshal Pietro Badoglio.

Skorzeny joined the Nazi Party in 1933 and became a colonel in the Waffen SS during World War II. In 1944 he played a leading part in the roundup and torture of anti-Hitler conspirators after the failure of the July 20 assassination plot. On Oct. 17, 1944, he led an SS unit to the Budapest royal palace and arrested the Hungarian leader Adm. Miklos Horthy. In the course of the Germans’ Ardennes offensive during Christmas week 1944, Skorzeny directed the infiltration of hundreds of English-speaking Germans clad in U.S. uniforms behind the Allied lines. After the war he was acquitted by the International Military Tribunal (1947) in Nürnberg on the testimony of a British officer who maintained that Skorzeny had done nothing that his Allied counterparts would not have attempted. While awaiting a West German denazification trial in 1949, he escaped from Darmstadt prison and spent his remaining years in Spain. 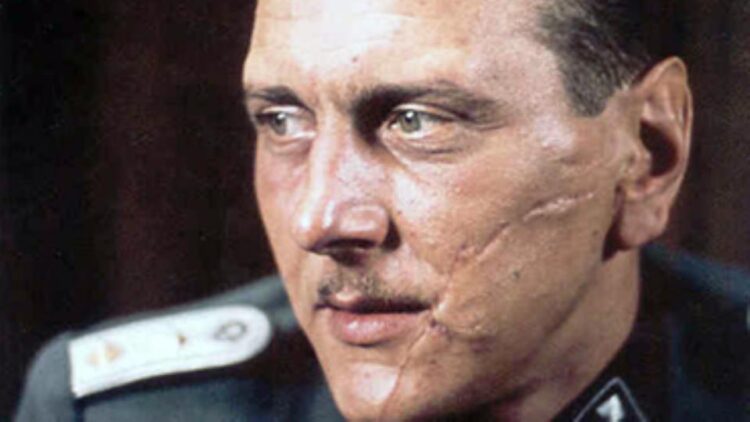