Firearms Competition as a Training Tool (Part One) 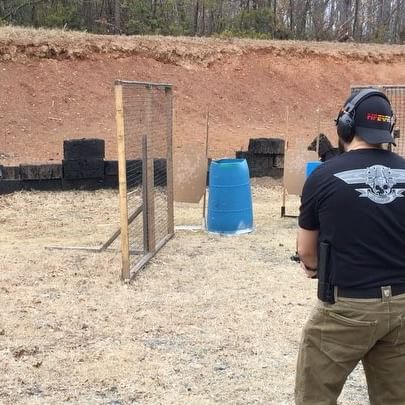 When asked why she began pistol competition, a young up and coming Bianchi Cup competitor explained that when she decided to obtain her concealed carry license, she needed a method to simulate the stress of an actual confrontation during her training.

Through several pistol and multi gun matches, she discovered that she was able to overcome the stress inherent in competition. This endowed her with the confidence that she could perform under more adverse conditions.

While no firearms competition can come close to the anxiety, stress and sheer terror of a lethal force encounter, for many civilians it may be the answer to a portion of their training that is lacking.

The military and police have long known that induced stress mock combat training is essential in providing individuals, and especially unit leaders, with the mindset necessary to effectively operate their weapons and most importantly, to make sound decisions when seconds count.

The use of force on force encounters using MILES lasers or Simunitions with a grizzled tactical officer grading the individuals’ performance and screaming into their ear “What are you going to do now?” is a common theme in the training of both military and police. Live fire maneuver training is also practiced by combat arms units and highly specialized law enforcement organizations. The average civilian will not be able to experience anything close to the intensity of this type of training outside of only a very few firearms academies. 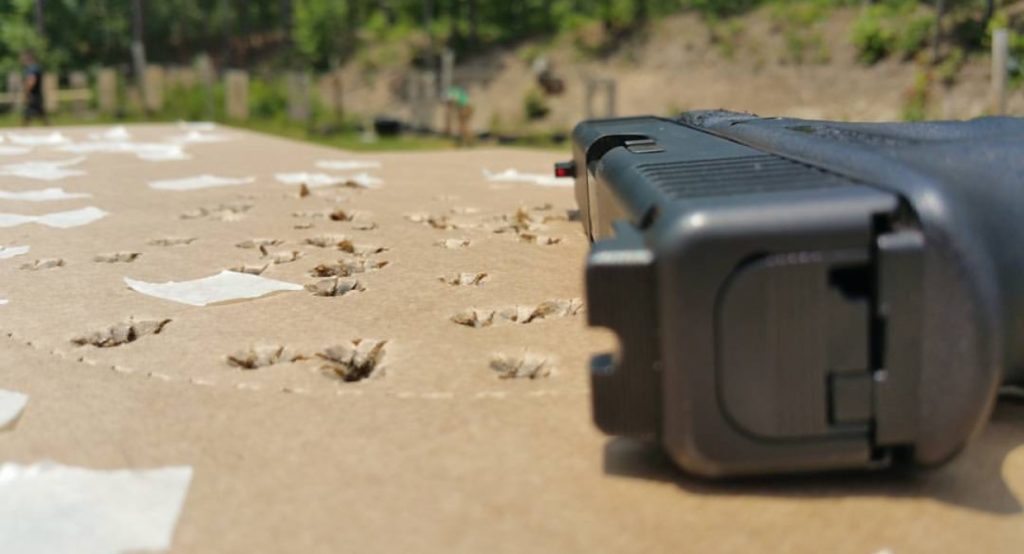 Participation in firearms competition produces a stressful environment in that most individuals have a motivation to perform well in front of their peers and there is a challenge set by the requirement for increased speed and accuracy.

Even in the relatively “slow” styles such as the Police Pistol Combat (PPC) matches, the competitor must draw and fire two rounds in three seconds from the three yard line. This push to perform under time pressure creates at least a moderate degree of stress in the individual who is highly motivated to succeed.

This is demonstrated in NRA Action Pistol matches where the competitor draws from a surrender position and fires six rounds in six seconds at six round metal plates that are eight inches in diameter from a distance of ten yards. Hitting an eight inch round target at ten yards should be an easy task for an experienced shooter, but when the time limit is added the entire dynamic changes. Firing from the 15, 20 and 25 yard line with only a few extra seconds added compounds the problem. 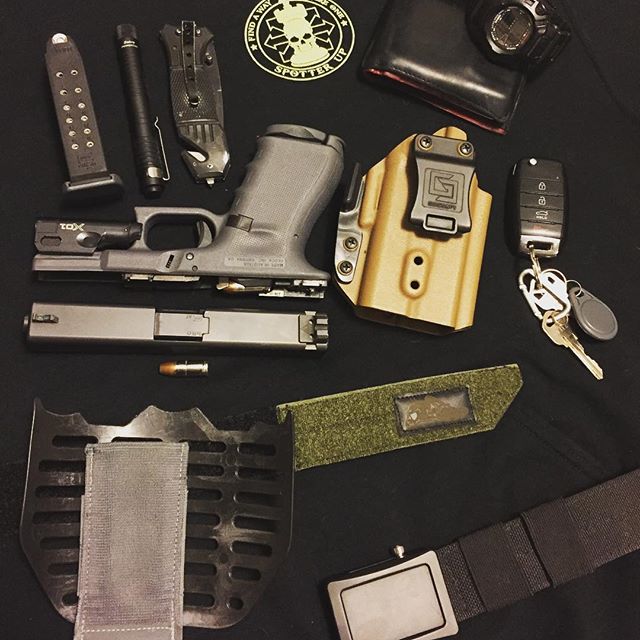 Movement is also a factor lacking in many shooters’ training. This may be due to practicing at a commercial range where safety concerns are paramount. Police training is not immune to this philosophy.  Some law enforcement firearms instructors who lack imagination, are negligent in not incorporating realistic movement into live fire training.

Gone are the days when gunfights at high noon on a dusty western street with a lawman starring down an evil gunslinger wearing a black hat. The law enforcement officer or concealed carry permit holder would be foolish to depend solely on static firearms practice. In International Defensive Pistol Association (IDPA) and the International Confederation of Revolver Enthusiasts (ICORE) style matches the competitor moves rapidly from one firing position to another in order to engage multiple targets.

The opposition will not stay still either. Practice at shooting moving targets is essential for realistic training. The NRA Action Pistol (Bianchi Cup) competition suspends a man sized target on a wire that moves laterally across the range at the speed of a running man. The competitor learns to lead the target in order to effectively engage it in the brief time that it remains exposed.

In the next installment, the discussion will center on what pitfalls to avoid when using completion to augment your firearms training.

Well known within the inspector general community, Dr. Weber has taught firearms and tactics to special agents of several agencies to include the Social Security Administration, U.S. Information Agency, Amtrak and the Department of Education. His love of teaching has prompted him to establish ProShooters LLC to provide firearms training to the civilian community. Always fascinated with firearms as a child, Dr. Weber’s mother once remarked, “Tim’s either going to become a soldier or a gangster.” Prophetically, he became an airborne qualified infantry officer in the Maryland Army National Guard. Dr. Weber began his civilian career with the federal government in 1983, as a uniformed police officer with the General Services Administration’s Federal Protective Service at the National Security Agency (NSA). In 1987, he graduated from the Federal Law Enforcement Training Center’s firearms instructor course. Promoted to sergeant, he was transferred to the NSA’s Security Protective Force. He was selected to become a special agent and during the Gulf War was assigned to the NSA counterterrorism “flyaway team.” He received a master’s degree in criminal justice from Jacksonville State University in 1997, and a doctor of education in higher education leadership from Nova Southeastern University in 2004. Dr. Weber first began competition shooting while a police officer, but only recently became a true advocate of the sport of NRA Action Pistol competition. This year will be his second at the NRA/Midway Bianchi Cup, the most prestigious, and arguably the most difficult, national level pistol shooting competition in the United States. 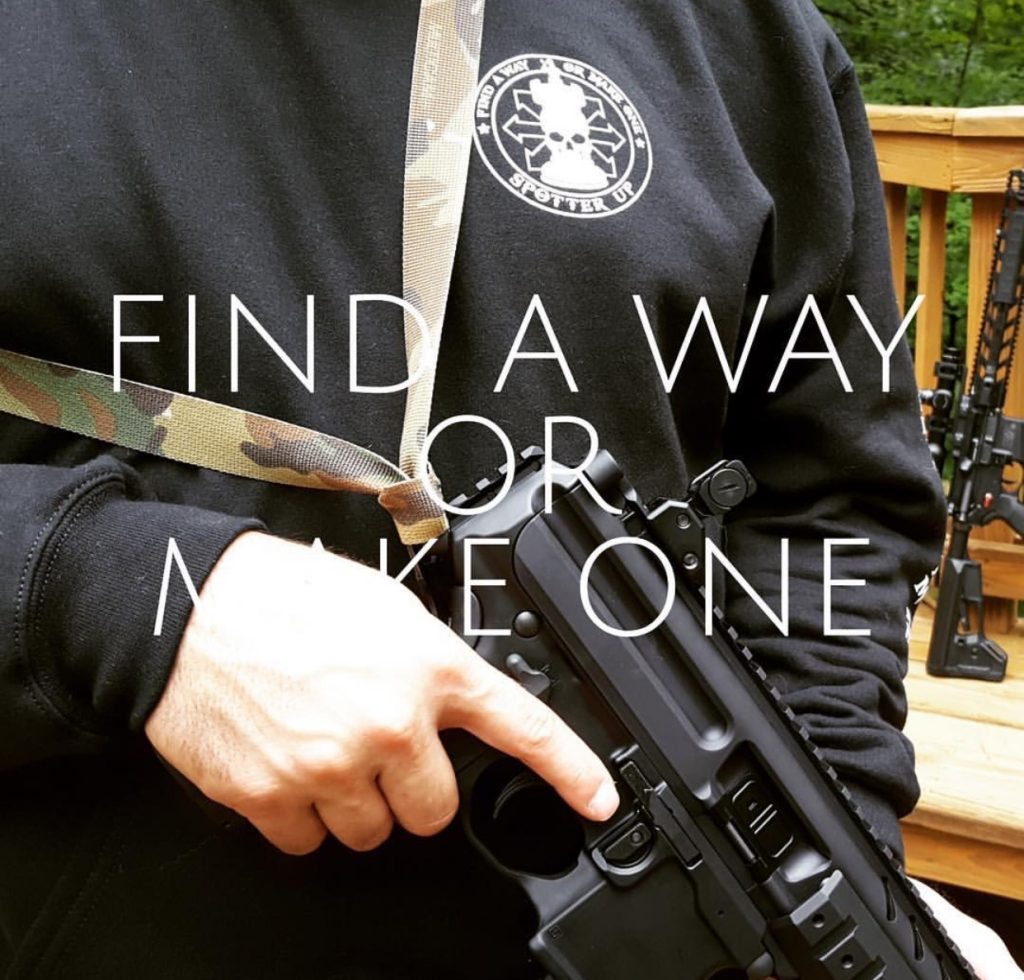