The movie The Duelists told the story of two distinguished soldiers with an unceasing mutual hatred; even as they rose through the ranks to become generals they could not recall the reason for their initial enmity. Famed Russian writer Pushkin died from it. Jackson, Hamilton and Lord Cardigan partook of it; some say President Lincoln even ran from it. Dueling is now seen as an anachronistic form of honor. How different men would behave today in our seemingly “polite” society if a fight had seriousness consequences. I recall a moment from my dark past when I was a suit and tie wearing salesman; I was just trying to pay the bills and make it by. Being perceived as weak I was ridiculed monthly by the warehousemen. When their abuse and scorn turned to my weaker minded co-worker and his wife my focus changed. I asked the loudest of them to hit me with his hammer. The watching crowd laughed until they realized that I was serious. He laughed and laughed nervously. 3, 4, 5 times I shouted for him to strike me down, but he wouldn’t. His body shuddered uncontrollably with fear and all could see this. At that moment he knew I could read his mind. I turned away and we heard no more from that crew of mechanics and movers. Know this: there was no honor gained because we were not evenly matched. Men no longer duel, at least not in these parts of the world. No more pistols at dawn. No more swords at morn. Honor is looked at as thing of vanity and violence is perceived by many as a relic of a barbaric past; but we know better. Men no longer carry swords, even a decorative sword to tell a tale, and there are still men who don’t carry courage. Do not show me your weakness and I will not show you mine. We each have a duty. When I must come after you, you must come after me. #fightback DO NOT SHOW ME YOUR WEAKNESS AND I WILL NOT SHOW YOU MINE. 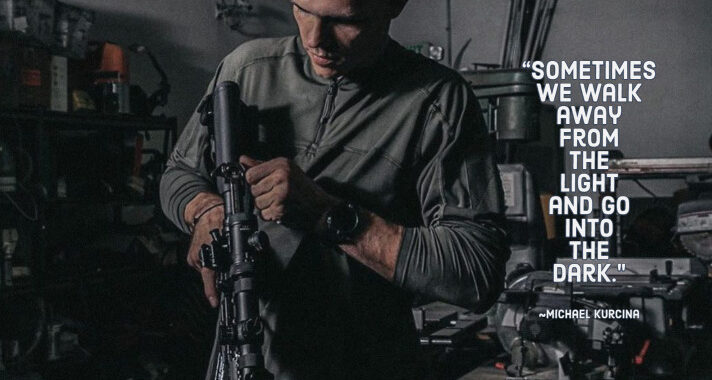