“Well hello Mr. Fancy Pants”. That’s the GIF that I sent to my point of contact when I learned that Contact Coffee, the coffee he was sending me to review, came to us from the United Kingdom. Expecting something lighter and probably closer to tea, I was pleasantly surprised when I brewed my first cup. 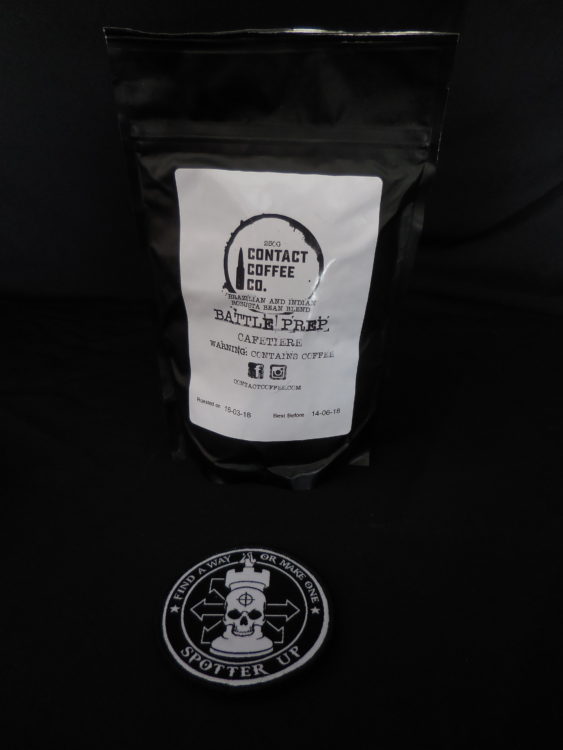 The box that showed up at my door contained a 250g matte black bag with a white sticker identifying it as their “Battle Prep” roast. It also contained a pack of ten of their Battle Prep “Battle Bags”. 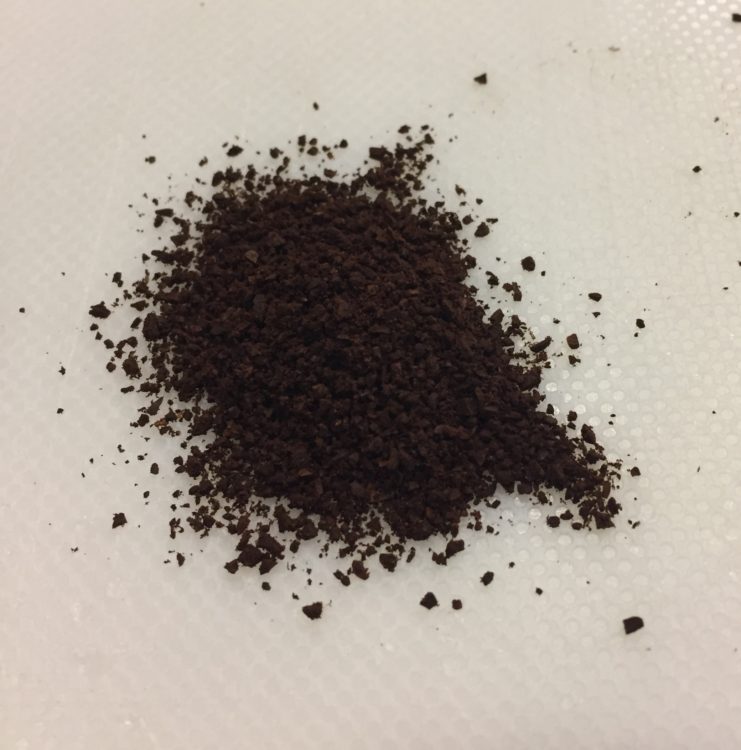 I started with the traditional Battle Prep pre ground bag. I use a single serve drip to make my coffee, as I am the only one in my house who enjoys liquid gold. I would describe the grind as fine to medium and this is, literally, the only fault I found in the coffee. The grind is fine enough that if you single serve drip a cup, it has a tendency to absorb a lot of the water. This has a tendency to yield less than a full cup of coffee upon first pressing the button to brew. The advantage is that if you wait a little extra time (5 minutes) what drips out of your coffee maker is hyper infused with coffee. 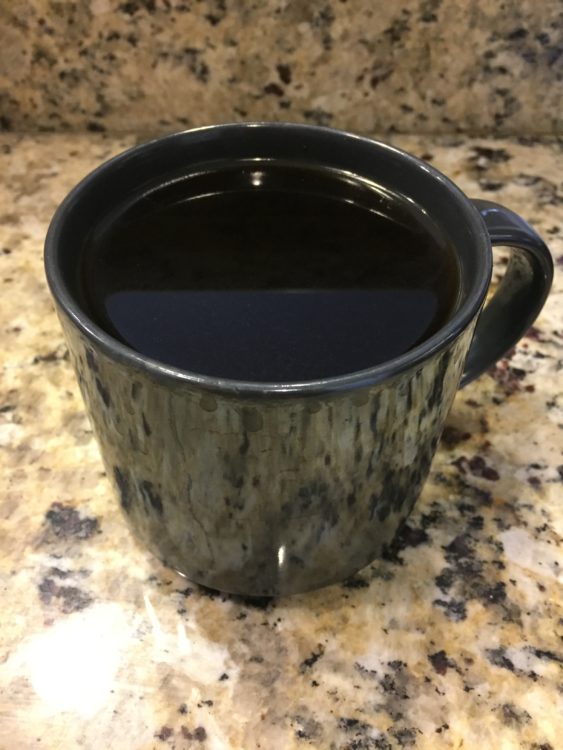 Battle Prep is a medium to dark roast blend of coffee. If you like a strong, rich coffee flavor, you’re going to love Battle Prep. The first sip packs a poignant punch that assures you this is not Starbucks. After the initial flavor normalizes, a full flavored body remains. I have enjoyed Battle Prep black and with creamer. The creamer softens the body of the coffee but leaves the initial strength intact.

Boasting the highest caffeine potency rating that Contact Coffee offers, 5 bullets, Battle Prep packs a punch. Strong enough to offer a pick me up to me, a seasoned coffee consumer, but not so strong that it will give a newbie the shakes. I have used it as a pre workout and found that it offered a good initial boost and then faded relatively quickly with little sustained energy boost once my heart rate was elevated. 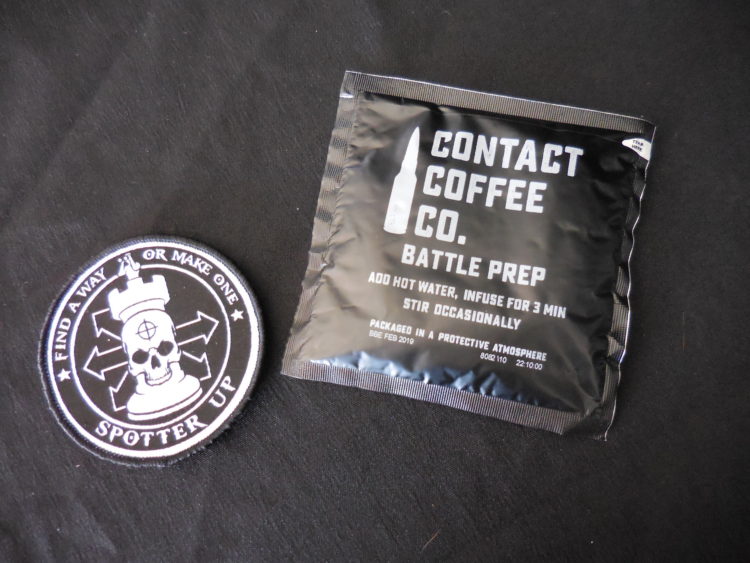 I do quite a bit of hunting, fishing and backpacking. I really enjoy starting the day out with a cup of coffee before leaving camp. As a result of that, I have drank a lot of instant coffee. I was pleased to learn that Contact Coffee offers an alternative in their Battle Bags. The idea of the Battle Bag is very similar to a tea bag, wherein you infuse the bag into hot water for about three minutes. At the end of three minutes, what remains is medium roast with more punch than any instant coffee I’ve ever had. I am excited to carry these in my load outs from here out. 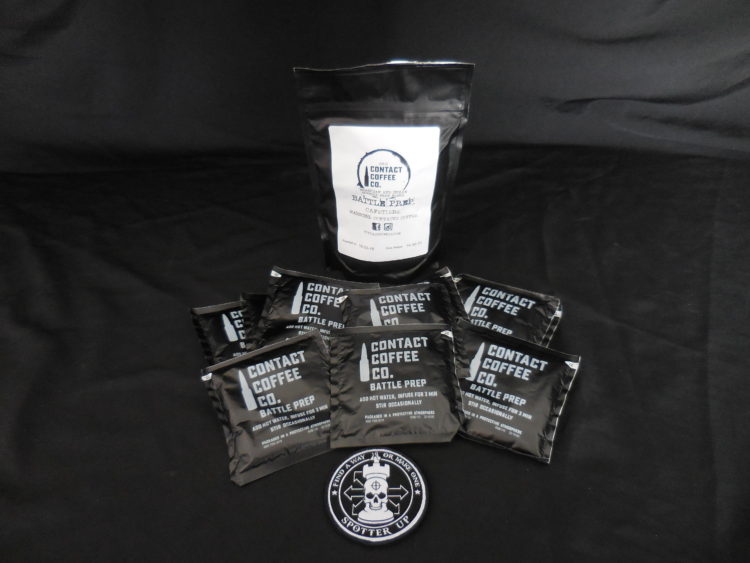 Wrapping up, Contact Coffee’s 250g Battle Prep blend bag comes in at £6.00, and the Battle Prep Battle Bags come in at £4.00. That’s $8.34 and $5.56 in free man’s currency. Fancy pants? Sure, but also, a full-bodied delicious taste, and strong caffeinated punch. It finds itself landing in what I call the “Matte Black Coffee Market”. This is filled with coffee brands that target military and first responders. It’s easy to get lost in the battery of new and emerging companies in this market, but at their price point and quality, Contact Coffee has identified itself as a very strong competitor in this arena. 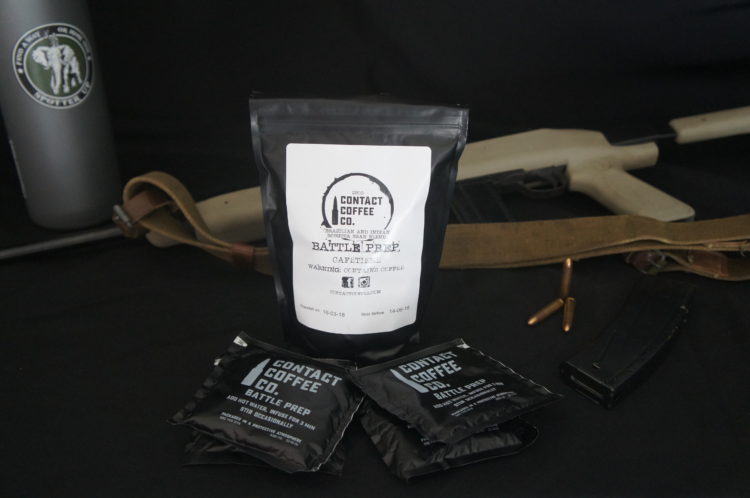 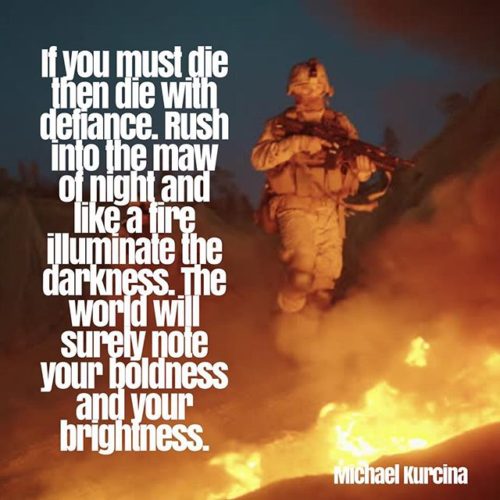 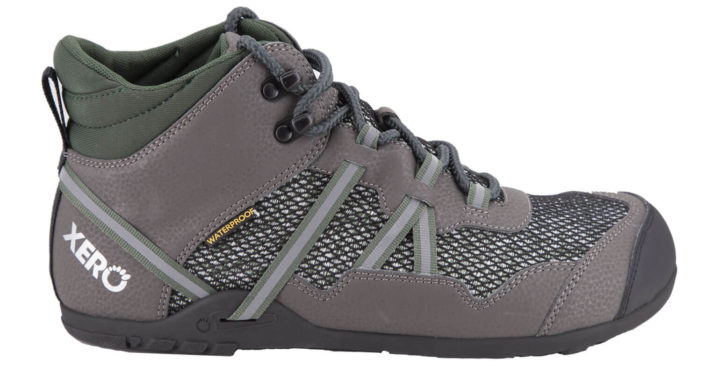