I read a story about actor Brad Pitt and it fascinated me because he stated that he loved this world so much that he was afraid to die and leave it behind him. I think about his words from time to time. I ponder the biblical story of how Adam was banned from Eden. What fear he must have felt leaving the protection of that vital, life giving garden only to enter into a wild world where the potential of death could be experienced by him at any moment? Imagine the implications his decisions had upon his delicate mind and heart being manifold. Surely he must have felt shame, fear, wonder, anger at himself for getting banished, and for disappointing God. He too must have felt a surge of loss, this disconnection from being unplugged from the source of all creation. Perhaps he left at night when a billion stars covered the sky like a wondrous cinema of whirling lights, and though he knew Eden must remain inviolate there was something pure and simple, and joyous waiting ahead for him. Those who are afraid of eternity should not rest their hopes upon what seems fixed pillars for pavilions that will eventually crumble. Ignore earthly things. Build worthy houses, not from things but out of men into powerful spiritual churches. Do not love this world so much that you become timid, terrified of success terrified of failure, of life and love and even death. Do not let the idea of freedom turn your legs to stone. Take action and live without regret. Think about eternity and not about losing something upon this earth. In some moment of weakness everyone of us, man and woman alike, has tattooed upon our heart the symbol of our sadness which summed up our greatest failure, a dying Fall. Go into the world without paralysis and live fully, despite doubts and feelings of being alone and unprotected. There is nothing back there for you so commit yourself fully to what is ahead and a legacy of building up men, raising families, those things greater than yourself. Foist your eyes not on the world but on the night sky. You are not alone. Just like the stars in the sky there are billions of men in this world just like you. Photo by Patrick Fore on Unsplash 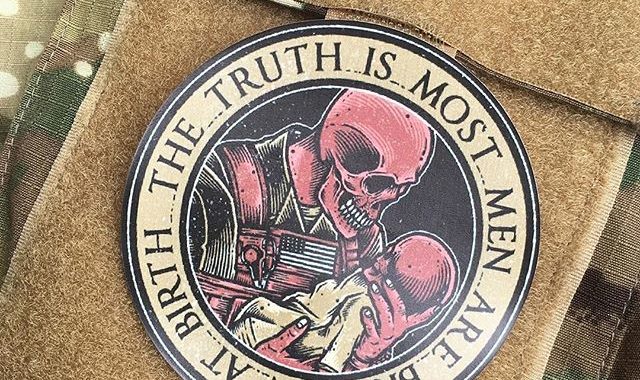 Walk Naked, Arms at Your Side