Sean Patrick Flanery is one gifted storyteller. He joined me and Spotterup YouTube co-host John Valentine on our show, and we laughed a lot. We discussed martial arts, movies and his new book titled Jane Two.  John rolled out the trailer on our YouTube channel, and I said, “wow this looks good! The editing is fantastic, the music is good, and the action looks solid.” However, when you see many MMA movies they are just terrible! They are all action, no plot, and too pretty; they have heavily edited choreography and silly sound effects. Sean let us see his new movie Born a Champion, and I will tell you the movie is just as good as the trailer. You will be treated to a great, emotional drama and some nice fu.

Sean enlightened us on his life. If you know a little about his background in Brazilian jiujitsu, and hear him speak on our show, this movie clearly had to be a labor of love for him. Sean told us that doing jiujitsu is another form of church for him. I believe him. Anyone committed to some form of athletics will get some understanding of what he means about jiujitsu. As a guy who has had his fair share of tussles, and spent time in the dojo, I get what he says.

Sean got his black belt in 2007. He even has a studio in Los Angeles where he teaches it. He wrote “Born a Champion,” in 2007. The movie streams this Friday. He was quoted on another page stating, “I wrote it in my bed at night right before going to sleep and I thought I was onto something,” “I woke up the next morning and fleshed it out completely as a fully developed short story.”

He wrote the story about everything that was important to him; you’ll know this is true once you see the film. After he finished the story, he sent it to a producer friend of his, named Paul J. Alessi, whom he met on the movie The Boondock Saints. Alessi told him it needed to be a movie. The movie, Sean said, is predominantly about love and family, and more specifically about violent jiujitsu. This is the kind that brought him into the old school fighting that he did with the Gracie family. He told me that he wrote it from his heart, and believes it will be one of the monuments of his theatrical timeline, and hopes a lot of people will see it.

Sean discovered martial arts when he was nine years old. The funny thing is, it was Elvis Presley that Sean saw instead of Bruce Lee. Yes, Elvis got him on his path into the martial arts world. Presley was doing Suspicious Minds on stage in his jumpsuit and going through his Karate moves. Sean asked his father if the showman on television was doing marital arts. His dad replied in the affirmative. A bit later Sean saw a girl that he liked. Every time he saw her, she was dressed in white pants and was pushing a bicycle into a local shop. He followed her one day as she crossed a parking lot of the neighborhood Piggly Wiggly. It turns out she was entering a Karate academy, and her pants were gi bottoms. That was another introduction for him into the world of martial arts.

In the movie, Sean starts as character Mickey Kelly, an American black belt in Brazilian jiujitsu who ends up fighting in unsanctioned, and dangerous MMA tournaments. The action is very good. Sean doesn’t have a stuntman doing his stunts; that’s him rolling on set. He looks good for a man of 55. Clearly, he’s taken care of himself even though he’s been in Hollywood for 30+ years. His first major role was starring in “The Young Indiana Jones Chronicles,” and then “Powder” and “The Boondock Saints.” Yep, that’s Sean out there in MMA shorts. I’m impressed seeing as we are just a year apart. He’s still strong and flexible. Good for him. I think most of us who served in the military, who have been in quite a few street or bar fights, and are trying to get by can really relate to the guy Mickey Kelly. We know what needs to be done to put supper on the table. We know about brotherhood and struggles.  Kelly’s character comes across as capable, humble, determined, likeable and legit. Kelly is Sean. We know this guy, and we like this guy. He’s a real person and not a Hollywood showboat.

Sean notes, “This whole film is my love letter to jiujitsu and what it did for my life,” he said. “I know it’s an old adage — ‘Such and such saved my life’ — but this art has saved my life. A lot of my blessings are inside this martial art. It truly is that powerful of a force in my life.” I believe him and think you will too. See the movie. It’s a good one to add to your playing list. 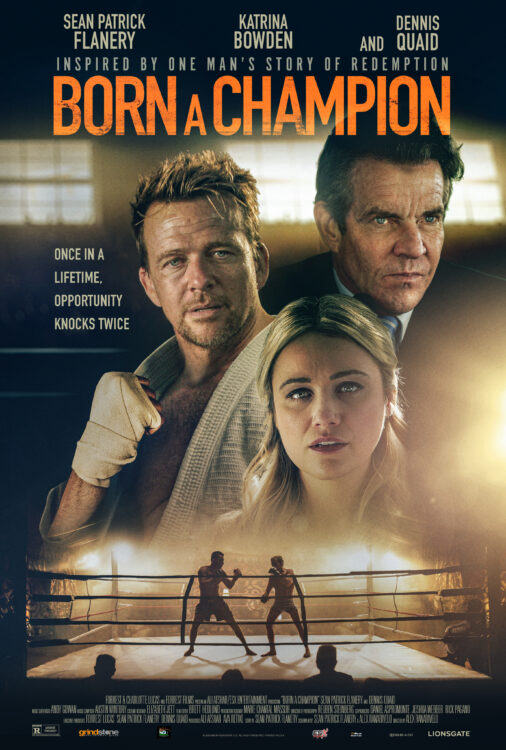