THE AUTHOR WILL SIGN THIS BOOK, AND IT INCLUDES SOME COOL STICKERS TOO!

“Whether a man sings or paints, writes or dances some piece of his art should be his confessional, of what he did and what he saw. He should create out of what seems unspeakable and incommunicable to the world until there isn’t a need to do it any longer, until he feels peace away from the most inhumane part of himself. If he only trained his hands for destruction he must train them in techniques of construction. He should be possessed to produce even if he can’t replace a single thing that he destroyed; he must learn how to bring good into the world out of the strange places where he chose his exile, and the strange people who chose to love him, or the people he hated, shunned, injured or killed. Every man who knows the snake knows the sword, fire, banishment and a gate that shuts forever. He is only damned if he doesn’t choose to control his destiny with his experiences and knowledge.”~Michael Kurcina May 3, 2020 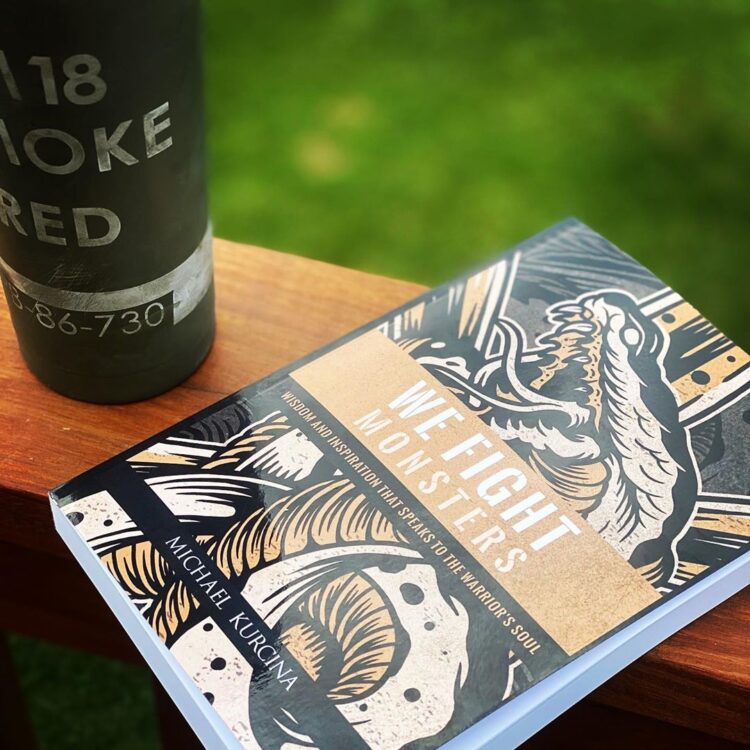 Quotes, maxims, short stories to provoke thought and give tired warrior’s purpose and direction. The author is the founder of the website Spotterup.com. Spotter Up has 35+ writers who are accomplished former or active duty members of the Special Operations community (Green Berets, Navy SEALS, Rangers, Marine Scout Snipers, S.W.A.T, etc.), master-level shooters, special agents, case officers, athletes, and outdoor enthusiasts who like to share their knowledge with anyone interested in learning more about subjects such as fitness, nutrition, shooting, martial arts, mindset, survival, and far more. The writers of Spotter Up have completed nearly 900+ gear reviews on subjects such as: footwear, body, tactical clothing, armor, optics, and firearms and is known as a credible site for its opinions by the tactical industry. Spotter Up is about “spotting” a problem and coming up with solutions. Spotter Up promotes the idea of the classical “whole” man found in ancient texts. For our modern day he is a person who aspires to be the GUNFIGHTER, WRITER, WILDMAN, MONK: Man of Action, Man of Intellect, Man of Emotion, Man of Spirit. Consider the Athenian ideal of a balanced education from the book Greek Realities: Life and Thought in Ancient Greece, By Finley Hooper “They could play some flute but should not neglect wrestling. They avoided the excesses of life. They might focus on music or philosophy but spent enough time so that their bodies did not become soft.”

Spotter Up is for anyone, whether they are military, law-enforcement, emergency response or not, that is searching for ways to become more well-rounded.

We Fight Monsters is a collection of quotes, maxims, poems and more written and posted by the author originally on Instagram, over a four-year period of time, as a way to provoke thought, and simultaneously inspire men and women. The author of We Fight Monsters hopes it helps readers transcend the ordinary world by relishing the unexpected. The book was written because many of the followers of Spotter Up’s social media sites stated, “the writing got me through some very hard times.” 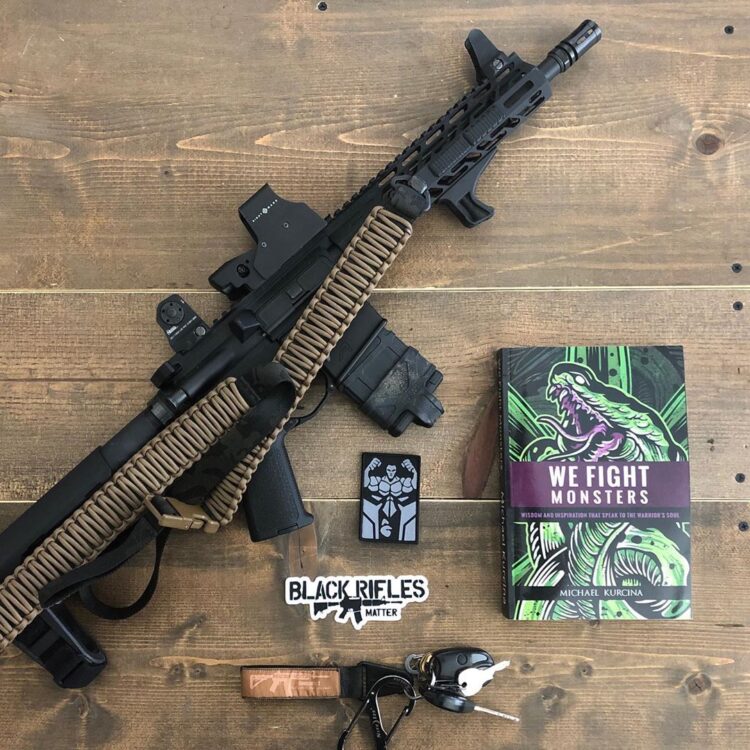 The cover illustration is based off the Greek Hydra and the Hercules myth. Man has an internal struggle after he’s battled a beast, and sometimes he must battle the beast within himself. He isn’t a demigod. He’s just a regular Joe who is a hero to many, that lives to win against evil. Maybe he’s a Marine who did several deployments and lost some friends, maybe she’s a cop fighting crime on the streets. The illustration symbolizes the brotherhood of man, (men and women), that fight the good fight despite experiencing PTSD, physical injuries, loss of friends, lovers etc.

“WE FIGHT MONSTERS. I’m not afraid of anything in this world that’s been seen. I have scars on the inside. My badges of honor. There’s a light inside my heart; it’s for others to see. I live to show the way to those lost and in pain. And you? Walk with magnificence. Cock of the walk. Lead the way or follow those who use their pain to fight monsters and the injustices in this world” ~Michael Kurcina.

ALSO ON AMAZON there is a KINDLE version