Been looking for a fixed-blade knife for hunting, bushcrafting, backpacking, or military field use? I’ve used several different fixed-blade knives over the years, but the Bark River Bravo 1 never ceases to amaze me. Being a former Marine makes this knife even more special, so if you’re a Marine and support and respect US-made product then you need to get the Bark River Bravo 1!

“The Bravo-1 was specifically designed with the folks at the Southern Training Center of the Force Recon Units of the U.S. Marine Corps. That initial contact was back in 2006 and we began delivery in 2007 of the Bravo-1 and they are is still in heavy demand from professionals, both Military and Private Contractors, and is in use by a lot of private citizens as their “go to” knife for heavy outdoor use. Since that time we have delivered over 14,000 Bravo-1s.

This all started back in 2006 when the instructors from Force Recon took $5,000.00 of their funds and bought a bunch of knives to test. They never told any of the manufacturers and bought them online, like any other customer. When all the testing was done there were only two knives left not broken or damaged beyond use. The Bark River Gameskeeper was one of the two. It was totally undamaged in everything these folks did to it.

We got a call and were asked if we could re-design the Gameskeeper to be the knife they wanted.

The Bravo-1 is the result of their input.

The changes were the addition of the ramp style thumb rest on the spine and changing the guard into an integral self guard. They also wanted the choil eliminated to bring the sharp edge all the way to the front of the handle slabs for leverage in notching. The balance of the knife had to be on the first finger. Balance was achieved by skeletonizing the tang to put the weight evenly over the first finger position.

The handle slabs had to be epoxied and bolted to and through the blade. All of the Bravo-1s have the handle sets attached with bolt sets. They are non-removable. We grind off the screw slots as we finish out the handles. The synthetic material handles will all have stainless steel screw sets.”

Now that you have the intel on the knife, let’s go over some of the pros of the knife.

2. Sheath – mine originally came with a leather sheath, but I opted to eventually upgrade to their new kydex sheath. You have a few more mounting options with the kydex sheath, and it holds up to field use and endures inclement weather better than leather. 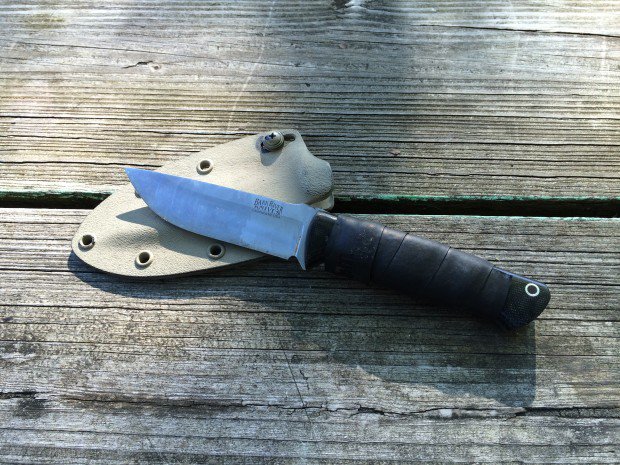 3. Handle – the handle of the Bravo 1 feels really good in the hand. The polished handle slabs can get slippery, though, in wet conditions. What I did to remedy that was to purchase a roll of grip tape that is used on tennis rackets. Now the knife will not leave my hand! 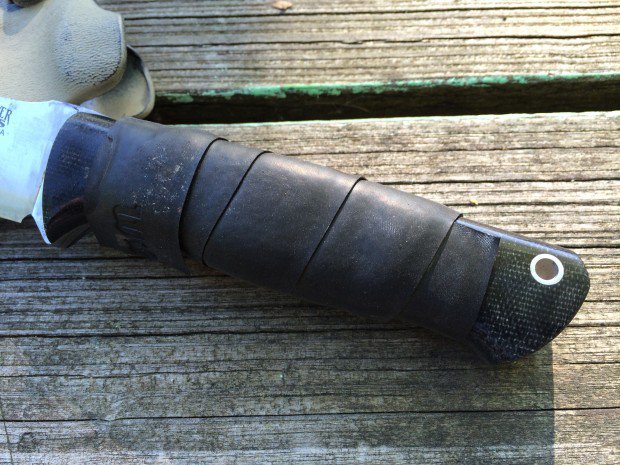 4. Blade – This blade is a whopping ¼” thick! The spine of the blade is squared off so that it can be used in conjunction with a ferro rod to start a fire. The length of the blade is 4.25”, which allows you to process most wood 4” in diameter and less. 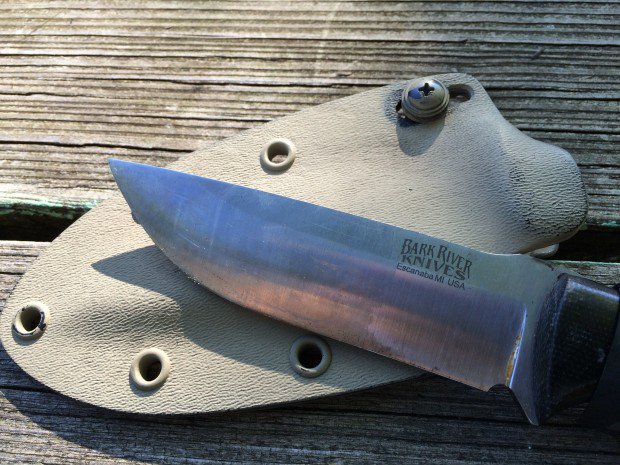 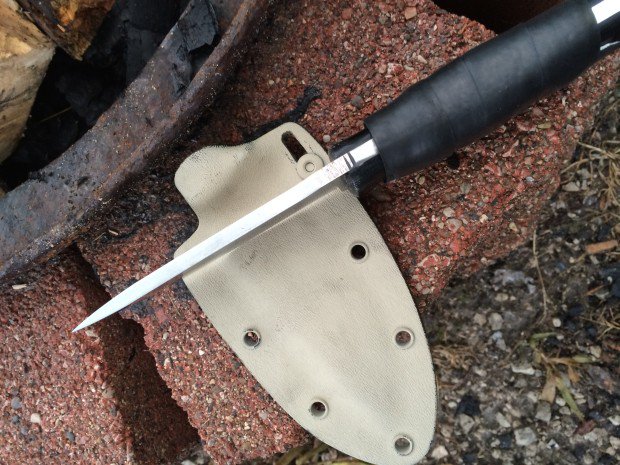 I took this knife with me on a week-long camping trip. I used it every day to prep the fire wood, which mostly included batoning it through wood, food prep, and some carving. I beat the hell out of this thing for a week straight and it shows little to no wear.

I know the price tag may seem like a little much, but for what you get it’s worth every penny. The knife comes with a no-questions asked lifetime warranty – you break it or damage it and they will replace it, period. You can also send it back for reconditioning and all it will cost you is postage. When it comes to good quality gear, spend once and cry once. 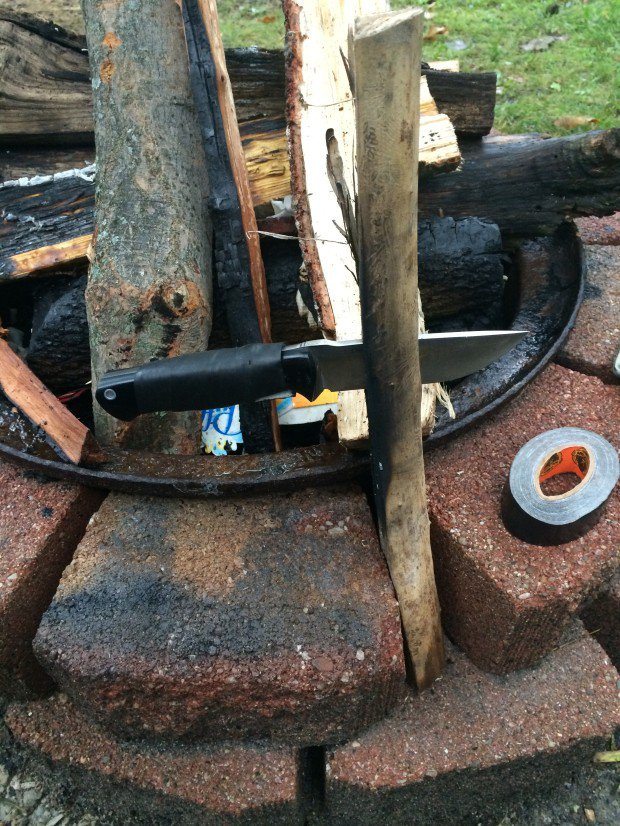 Scott Witner is a former Marine Infantryman. Served with 2ndBn/8th Marines and was later attached to the 24th MEU(SOC) during a deployment to the Mediterranean. He has received training in Desert Warfare at 29 Palms, Mountain Warfare/Survival School in Bridgeport California, Korean Mountain Warfare school in Pohang Korea, and Jungle Warfare in Okinawa Japan. Scott has also cross trained with the Korean ROK Marines, French Foreign Legion Parachute Regiment, and the British Royal Marines.