Trapping animals has always been a viable means to procure wild game efficiently, easily and safely. Since the time of primitive trapping with methods such as the Paiute dead fall or Arapuca bird traps, newer designed reusable steel traps have become king. The effectiveness of modern traps surpasses the primitive designs with their ability to catch animals and by being able to set them quickly, effectively and have the ability to be used over and over again. There are a handful of different types of traps from killing traps to live traps.

Live traps offer the benefit of an unharmed release of non targeted animals and also the ability to take the live animal back and wait to harvest at a later date. Trapping know-how is a very practical and sometimes overlooked skill for a prepper. For most people, meat is a staple in their diets and life would be unsustainable without it. Along with the harvesting the meat for food, the hides of the animals are very useful. Hides can be used to make clothing, tool sheaths, trade or barter, and sold to a furrier for cash. There are still to this day folks in places like Alaska for example that depend on the fur trade to support their minimalist yearly incomes, most of which generally goes toward paying property taxes, fuel, tools and other sundries on their self-sufficient homesteads.

In recent years with the development of massive scale animal farms providing to supermarkets, meat procurement has been as easy as stopping at a store on your way home from work and purchasing whatever meat you need for dinner. Meat is abundant and if by chance there isn’t exactly what you need at the market, there are plenty of substitutes.

This progression of commerce within the free market along with different animal rights organizations such as P.E.T.A. have put a large damper on the amount of people trapping these days. Animal protection agencies have placed a lot of heat on trappers and have advocated that the traps harm the animals and cause cruel, inhumane and unnecessary pain to the animal. This has directly hit the fur trade industry and has driven down the value and prices of real fur and they have been replaced by cheaper synthetic furs. Because of the lower number of trappers and higher number of large game hunters currently in modern times, trapping can be a great way for a prepper to procure protein.

We all can remember seeing the big toothy traps in cartoons and thinking how painful they looked. The truth is, they were. Those toothy jaws caused a lot of pain, broke skin, severed tendons, broke bones and the traps sometimes would remain unchecked for days and it would be unknown whether or not there was an animal suffering or killed on that trap. Because of these and other issues, with advice from animal rights organizations, there have been many developments in modern trapping that have made the process much more humane for the animals and minimizing suffering.

A leg hold trap is a type of trap design that uses “jaws” that are operated by a trigger mechanism that when stepped on my an animal, it releases a spring that very quickly closes the jaws on the foot of the animal and holds it firmly in place. On a well placed set, the traps will usually catch a larger animal not on the leg bone but rather on their paw between their pads or the joint above the paw and the leg bone.

Leg hold type traps have been redesigned and improved in many ways to both cause less injury to the animals and to achieve better catch rates. They no longer have teeth but are now using “laminated” jaws (wider jaw to have more contact area with the foot and less lbs PSI) which increases the jaws ability to hold the leg while causing less pain and damage to the animal.

These traps can still cause pain and damage to the animal but the best way to avoid that is by ensuring that the proper trap is being used, the trap set is properly bedded with the correct chains, swivels, stakes, etc. and is checked for a catch within 24 hrs of being set. Waiting longer than 24 hrs, you run into the chance that the animal will chew off their own leg to escape the trap or they may even fall victim to a predator that they were unable to escape. In the event of their being a non-target animal caught in a leg hold, they can be released easily with nothing more than a numb foot that may be a bit sore for a day or two.

A Conibear trap is a killing type trap designed to cause an immediate dispatch of the animal rather than the long, uncomfortable period of time the animal spent caught in a leg hold trap. The downside of these traps is that they are non discretionary. Anything that triggers it will be victim and most likely be killed immediately. There are various sizes of these traps and it is important that the correct size and trap set is used for the specific animal that is targeted.

It would not be wise to set a large #330 Conibear flat set out on dry land where there are coyotes when I am targeting a beaver in the river. Most likely if a coyote or even worse, a dog were to be caught in large conibear in a flat set there will be immense pain and suffering caused for that animal which I never wanted to trap in the first place. most likely the trap would be triggered by a foot and catch the animal by the chest causing 330 lbs psi to painfully break ribs and eventually suffocate the creature. These traps do work very well on land when they are set correctly and used to instantly break the neck of the animal. They are exceptional for catching water animals such as large beavers, muskrats, mink or even fish like bass, carp or catfish.. When implemented correctly, these are a great trap for preppers looking for any kind of meat for food or hide for survival purposes. Conibears have proven themselves to be one of the most effective and versatile traps for catching animals and is a key tool and necessity that is included in my preps.

Regulations have been put in place in regards to trapping methods, techniques and the types of traps being used. Most all of these regulations are based on common sense, morality and generally put the animals well-being first. It is known by the trapping community as “Trapper Etiquette”.  For example, laws on the size of traps being used for targeted animals are put in place.

It’s illegal to use a mountain lion trap to catch a bunny rabbit as that would surely kill the animal and cause extreme suffering in doing so. Most all trappers know that would be an immoral method to trap animals and hopefully would never do it. Like with any other hunting or killing of animals for food or resources, it is important to respect the animal, their environment and the other animals that inhabit the area. All sorts of regulations and rules have been put in place for the animals benefit but in all actuality, this is all simply good practice when trapping animals and will benefit the trapper and their yield as well.

To be an efficient and effective trapper one needs to be able to read the animal’s sign, know how the animals think and recognize their patterns. This is as simple as finding a game trail in the grass and identifying what animals travel on this trail. A good thing to remember is that animals, like humans, prefer to take the path of least resistance.

A lot of times there are many different animals that travel on these same trails and being able to pick which animal you want to trap is a lot easier than most people think. Firstly, learn to use sign from the animal. Footprints and scat are the easiest to find although sometimes it can be difficult to define a footprint in some conditions. Scat on the other hand is pretty straight forward; different animals have different poo. Don’t be afraid to examine it; study it and you will find that it can tell you a lot about the animal like  what its primary diet is by finding seeds, plant fibers or hair from the animals last kill or meal. Their diet determines a few things such as the overall health and ultimately what would be a good bait to place on the trap set to catch this animal.

In an event such as economic collapse for example, high grocery store prices, martial law or civil unrest is prevalent, food shortages will be imminent. Most preppers should already have a good supply of food stored in case of such an event but nobody can really predict how long the epidemic or those storage’s will last. If meat is among the food being stored, it most likely will be in a freezer and unless people have a means to keep the freezer running or can efficiently dry the meat, it could all spoil.

Many of people will take to the woods and there is a possibility that the more desirable local game could be wiped out, especially large game such as deer.  Another issue to consider is that it may not be possible to take your rifle out to the woods to hunt. Hunting rifles are loud and can draw unwanted attention to yourself if you are trying to hold out or be unnoticed. If you are in a survival situation, it will be difficult and risky to leave your home or family and spend hours in the woods trying to track and procure game with a rifle, especially when there are other things that you could be doing back on your property. 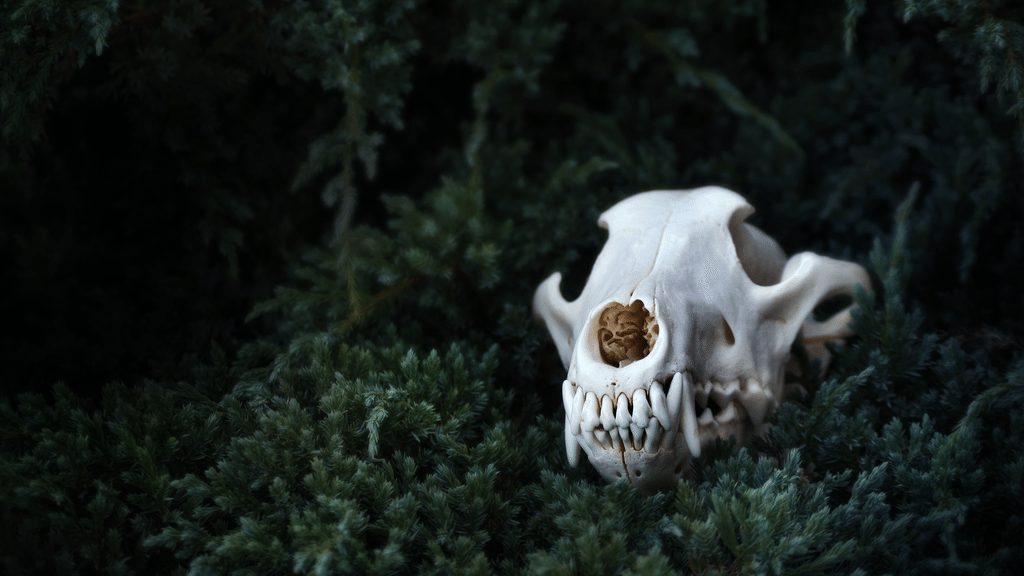 Traps on are a reliable solution to those issues. Less desirable nocturnal animals such as raccoon, opossum or even fox are edible. Eating those animals may not sound ideal but when the nutritional value of meat is hard to come by, those animals will be much more available. Traps can be set quickly, quietly and effectively. One can carry a few traps, bait, lure and necessary tools with them inconspicuously and set them in a matter of minutes. Once the trap lines is set, you can return home or go on about your business while the trap does the work for you. When making a trap set, the idea is to camouflage the trap from the animal and in addition to that, they are hidden from unsuspecting humans as well.

With a good well executed trap set, only the actual trap setter or a very well-trained eye would be able to spot the set which limits the chances of anything being stolen while it is placed.  The traps need only to be checked once every 24 hours which frees up valuable time during the day and night to dedicate to other things that need to be done. I hope any preppers who read this article can gain an understanding of the basics of trapping and the importance it may have in a survival role. It may help sustain your life one day in a time of need. 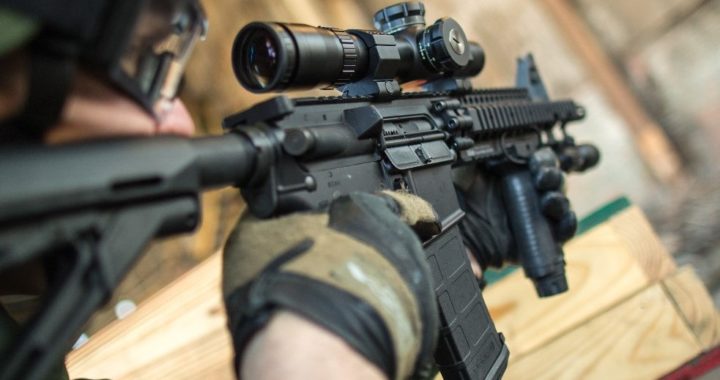 Getting the Most Out of Your Mags