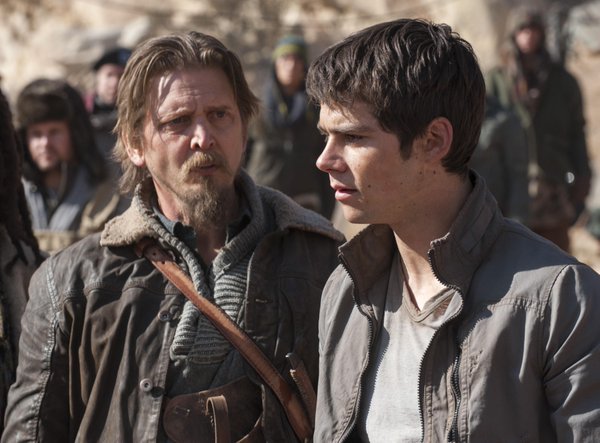 Pepper in the Maze Runner

Pepper is perhaps best known for his role as the sniper Private Daniel Jackson in Saving Private Ryan. Pepper’s character Jackson is arguably one of the most popular characters from the movie Saving Private Ryan. Private Jackson was from West Fork, Tennessee serving in the 2nd Rangers Battalion of the United States Army. He was a left-handed sniper.

One of the things Pepper likes to do is create weapons for use in his film roles. Using his blacksmith abilities and his own forge Pepper was able to make weapons for Maze Runner: The Death Cure, True Grit, The Lone Ranger, and Saving Private Ryan.

Barry Robert Pepper is a Canadian actor. He played the character Dean Stanton in The Green Mile (1999), Jonnie Goodboy Tyler in Battlefield Earth (2000). He has been nominated for three Screen Actors Guild Awards and a Golden Globe Award. He has also played Roger Maris in 61* (2001), Sergeant Michael Strank in Flags of Our Fathers (2006) and “Lucky” Ned Pepper in True Grit (2010).

In the video Pepper shows a knife he forged from an old railroad spike.

To learn more about the actor go to his website