A Man Can Carry a lot of Pain t-shirt

Below is our initial sketch. we chose number 2. We thought it was more dynamic in motion than the others and you get a better view of the characters. The concept for this drawing is supposed to be about pain that men carry. We wanted the artwork to look medieval and hearken to the days when men wore full armor, and the art was very distinct because of the flatness of the profiles; the body was not painted realistically, and was unlike the humanistic POV of the Renaissance. We sketched this out with his legs covering his privates but we scrubbed the idea because it made him look scrunched up. We wanted the drawing to have flow.

Although the art is mean to be medieval in concept we did not want it to be too physiologically inaccurate. We made the mouth and chin smaller, the torso less like a bug, the arm more muscular, raised the knee cap, and made the quadriceps correct. This is going to be beautiful once it is fully inked. Design for A Man can Carry A Lot of Pain. Arms too skinny, leg muscles look weird, and chin is too big. Hair was added but he looks vampiric. Quadriceps were corrected. The idea for this is a naked warrior carries his full battle armor. All he needs to do to is drop his burden, that thing that he uses to protect himself, in order to get to the real heart of the matter; perhaps it’s about divorce, PTSD, death or having to carry a friend.

“Most men that I’ve met are tragically lonely but that is not the end of the matter. The trouble is that most men are able to take a heap load of pain and sadly that opens doors they probably should never go through. Just because his soul can take a lot of beatings doesn’t mean his mind holds a lot of sense. The odd thing is his suffering is the one thing that keeps him connected to the world even as it seems he’s drifting away from it. Does it matter that some of his injuries are self-inflicted? If he can’t find balance in the midst of his daily emotional disarray he might be stuck in his paradox until the day he dies. Good God let’s hope he can unfix some of his tragic beliefs.”~Michael Kurcina

Spotterup promotes the idea of the classical “whole” man found in ancient texts. For our modern day he is the GUNFIGHTER, WRITER,  WILDMAN, MONK: Man of Action, Man of Intellect, Man of Emotion, Man of Spirit. This sticker is part of our MONK and GUNFIGHTER series. Expect to see many more designs under this archetype. go to THESAINTFACTORY.com  and grab the latest shirt! 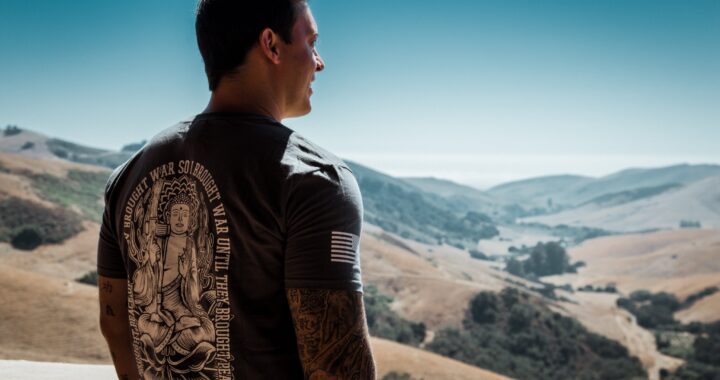 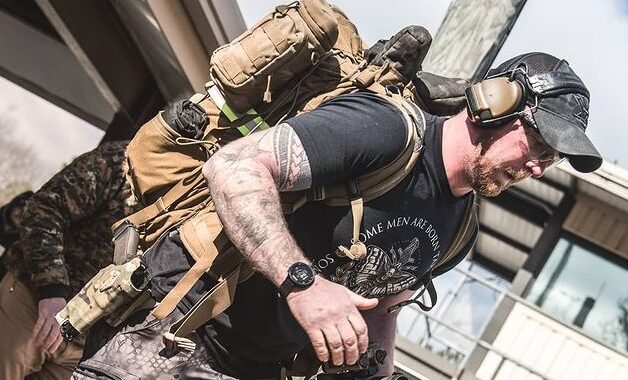