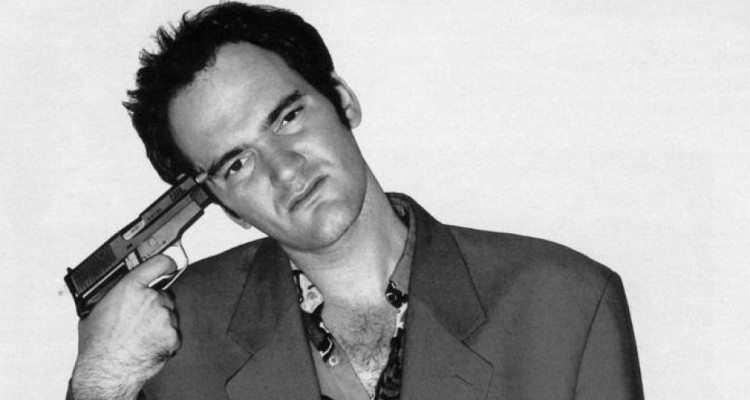 How crazy is it that China is called the Peoples Republic of China?

Killing a baby is known as a woman’s choice.

Tax is known as revenue enhancement.

Bruce Jenner is called a woman.

Do you know the answer? Are you able to answer it in a politically correct world? In today’s day and age where we are not allowed to label anyone how are we then able to makes sense of such a simple mathematical problem? We also live in a world where gender neutral naming is popular. Bailey, Kelly and Addison are catching on but why stop there when naming boys and girls? Why not name your sons Lisa, Emily, Olivia, or Emma? Go for it. Be daring and go against the grain by making up your own rules.

“The Hateful Eight” by Director Quentin Tarantino came to theaters and is now available on video to rent but I won’t watch it. I stopped watching Tarantino movies a long time ago and I won’t support anything he does. I don’t care how much people liked Inglorious Basterds, Django or anything else by him. I will not give him my money.

The director made this incendiary comment in front of a Black Lives Matter-affiliated hate group at Washington Square Park in Manhattan just days after officer Randolph Holder was gunned down in Harlem. Thankfully police unions such as the Los Angeles Police Protective League and the Philadelphia Fraternal Order of Police are uniting behind the boycott against the director’s movie.

How odd that Tarantino and the Black Lives Matter-affiliated hate group were surrounded and protected by police officers while his speech and march were made. Tarantino can say whatever he wants. He was able to do so, while remaining unmolested, because of the dutiful police officers encircling the rally and providing him protection. Hollywood is in a panic because they believe box office receipts will be low due to the boycott.

Appeal to emotion or argumentum ad passions. What are these?

In his book titled 1984, author Eric Blair then writing under the name George Orwell, pointed out to audiences that a redefinition of common political terms could lead to the slavery of a lethargic populace.

Orwell knew full-well how abusing word definitions could well serve politicians, governments, religions and cultists that were intent on controlling others. Perverted semantics is a dangerous tool against logic-based thinkers who are trying to get the word out against the thought-police. 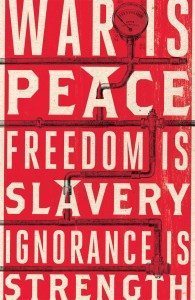 Other powerful tools used by manipulators to control people are fear and ignorance.They know that many people will accept being shamed into silence or into blindly agreeing with them because people do not like to be thought of as being racists or bigots. They also know that some people don’t spend enough time learning to be discerning, perceptive, and wise regarding sophistry.

Manipulators and their ilk, agitators like Tarantino, force others into silence by pushing their agenda of making people feel afraid to speak their minds. In order to combat those who are pretty dang smart and who won’t buy into their faulty line of reasoning , they instead target the gullible with subtle and refined rhetorical tools, to sway the public over to their way of thinking. One other part of this is the payoff. Some people do not like to labeled because they feel it limits them from being what they want to be. They state, “I hate labels” or “don’t try to define me” or the Popeye tautology, “I am what I am!” Whatever that means…

How about this obnoxious one? “You cannot define me! I cannot be defined by you or anyone!”

The payoff in not being labeled is it allows someone to feel free and without believing that rules apply to them; they act as if they are the sole arbiters of truth rather than allowing truth to stand on its own. Recall that truth cuts away all illusions depite what ANYone FEELS.

The defintion of the logical fallacy appeal to emotion or argumentum ad passions is characterized by the absence of factual evidence and the manipulation of the recipient’s emotions in order to win an argument.

In his book 1984 Orwell described a world at perpetual war and created by an intrusive government that subjugated its people. Individualism and independent thinking is outlawed and labeled a thoughtcrime. Words from the dictionary are methodically culled and any concept that poses a threat to the totalitarian state of Oceania in the book 1984 is erased; words such as freedom, regime, peace or individuality are no longer allowed. New words are created such as the word “ownlife” to label those who have a tendency to be solitary or individualistic as subversive persons. This tool to manipulate thinking is called Newspeak and the goal of the government is for everyone to be speaking this language by the year 2050. Up is down and down is up, right is left and left is right, truth is false and false is true.

An arm of Oceania is the Ministry of Truth. This is the place where photographs are doctored, “unpersons” are excised from the public archives and lies are consistently told such as, “the economy is growing” when in fact the reality is the opposite occurs. President Obama states, “We saved jobs or created jobs” despite the reality of the outcomes of metrics. Sooner or later the people of Oceania are worn down and accepting of what is transpiring. There was no solution for Orwell. He was depressed because he knew that Communism would be the only logical progression for socialism and communism was a failed concept no matter how many people touted it as necessary and viable.

In his book, The Abolition of Man, C.S. Lewis observed that the last of stage of conquest of man over nature would be men taking control of other men. Their goal is to starve everyone of value judgments until sometime in the future the world is controlled by these modernists. By ridding the world of objective morality, this small group starves children first (the easiest target) of their sensibilities and make them easier prey, “when the propagandist comes.” They tear down traditional values determined by objectivity and replace it with ‘feelings’ until the world becomes run by a small group of men who are not really human at all. They in turn control the robot-like people who haven’t learned how to think for themselves.

Men and women today willingly give up their liberties and joyfully subscribe to a twisted groupthink. Reality shifts because the garbage they’re feeding us becomes the garbage we want and we will digest it in any form of trash served. Those who accept the re-tooled terms that progressives use with problems or issues are likely going to be hoodwinked. Allowing others to reframe the meaning of a term, despite its continued denotative usage by and large by everyone else, means they are likely to be persuaded despite the facts to the contrary.

Their targets are social institutions such as the family, education, religion, the economy, work, government, and health care. If these groups such as Black Lives Matter or the Occupy Movement are not HATE groups as President Obama has stated then exactly what are they?  Because these groups are working very hard to change the fabric of our society by hijacking language and using it for their own purposes. Remember that true patriots do what is best as a whole for the nation while the rest do things that are in their own self-interest.

Those who are easily willing to follow slogans and group pressure and who are accepting of simple solutions to complex political, social and other problems are likely to be persuaded despite information presented to the contrary.

Who is responsible for the way we are misled? Think about it. Because if you think otherwise than a:

Woman’s choice means you can kill a baby.

Revenue enhancement sounds good because it’s not a tax.

Undocumented workers are just people who don’t have papers and are not here illegally.

Bruce Jenner with his ‘feminized’ features is a woman despite the facts.

Executive memorandums are not executive orders and therefore Obama can bypass the Consitution as he has been doing.

Am I wrong or should I get in line with the rest of the elitists who tell others how to live? 1 hour ago Will Rodriguez