I was recently at CIA headquarters to attend the award ceremony of the Agency’s Distinguished Career Intelligence Medal to a former colleague and good friend. He and I had both joined the Agency some 30 years ago as case officers, men whose job was to go out in to the world to recruit and run spies on behalf of the US government. We were far too young to do that then, and like many of our colleagues, we often suffered from imposter syndrome. Frankly, we feel far too young to be retired now too. 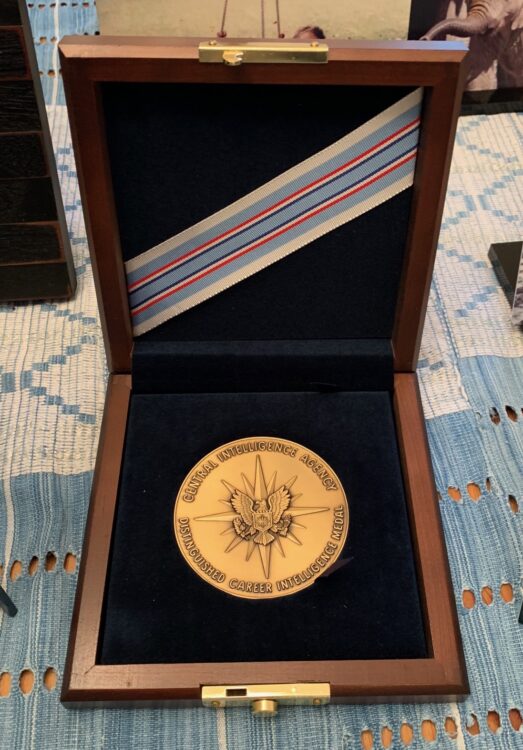 In a world where recognition is rarely given and then only privately, it was a great joy to see a public celebration of this man’s 28 years of service, all while surrounded by family, close friends and colleagues. For most of his family, it was their first time visiting CIA headquarters. Most moving was when he rose after all the accolades and moved to the podium to give his remarks. While he mentioned his colleagues and friends and the pride, he took in his career was evident, it was his remarks to his family that were most moving. Tears filled his eyes as he acknowledged their sacrifices for his career, and costs.

As I looked around the room, I saw recognition of similar in the eyes of others. Among the officers in that room, few had marriages that had survived. Families were blended, half siblings and stepsiblings as common as blood siblings. Most had endured unaccompanied tours, apart from spouses and children for months, sometimes years at a time. Relationships kept alive on the thread of Skype and FaceTime. Moreover, most of us had had friends wounded, or killed, in the line of duty in far off places. Tired eyes and drawn faces bore the lines of stress, long hours and separation.

While celebratory, it was a somber event too. We saw, and counted the cost, to serve our nation in the shadows. There was no room for regret; we shared the privilege of being our nation’s first line of defense, her Third Option. Most of us would readily do it all over again and are pleased to see the next generation stepping up to serve as well.

Nevertheless, in this time where those in the Intelligence community are pilloried publicly, it is good that you the reader understand what we ask of our shadow warriors and the costs over their lifetimes of service.

This article was originally posted on the Inglorious Amateurs blog here. 55 mins ago Will Rodriguez