Firearms instructor doubles-down with resiliency and heart
By: Lori E. Flynn Reposted with permission from FLETC and Matt 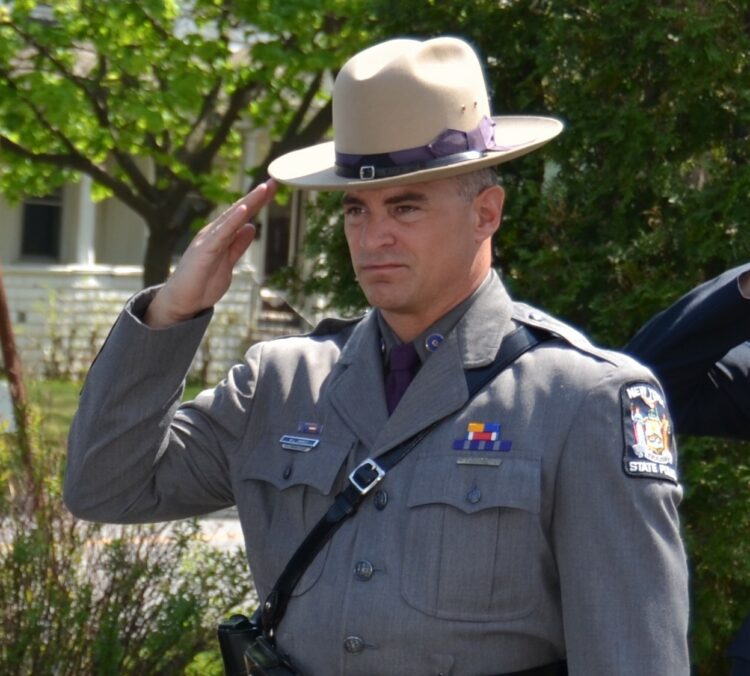 GLYNCO, Ga. – “Train your mind to be calm in every situation,” stated Matthew Swartz, a firearms instructor at the Federal Law Enforcement Training Centers (FLETC). “It’s about finding your peace when there is a gun in front of you and you are possibly being shot at. The worst possible situation ever is about to happen and you need to find that calm and find your sights, and do what you are trained to do.”

Remaining calm in every situation is more than an anonymous quote to Swartz. It is a daily reminder of his resiliency, his prior and current law enforcement career, and a physical symbol on his office corkboard of his personal journey to adapt, overcome, and inspire others. 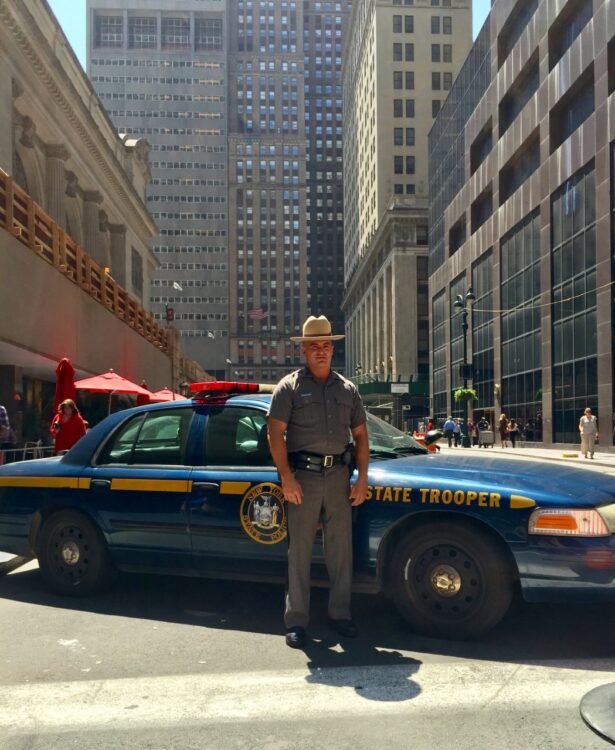 Former New York State Trooper Swartz fell victim to an off-duty car collision in 2004. An oncoming vehicle collided with his truck rolling it over several times before ejecting him from the vehicle. His wounds encompassed traumatic brain injuries from three skull fractures, a broken arm, and a crushed leg triggering him to be placed in a drug-induced coma for six weeks. 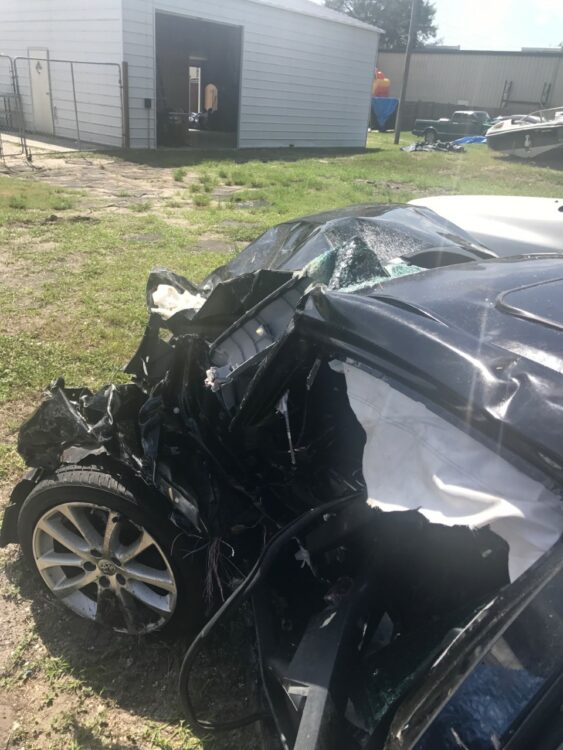 He awoke from the hospital bed with the basic instinct to get up and get moving. He recalls moving his tattered body and immediately falling to the floor. His left leg was amputated.

“Before the crash I was successful, I had a career, I had a nice house. Life was going well, and then all of a sudden the train got knocked off the tracks,” explained Swartz.

Recovery included many trips to the doctor’s office, where he met others in similar circumstances. Swartz resolved to get back to the life he wanted. 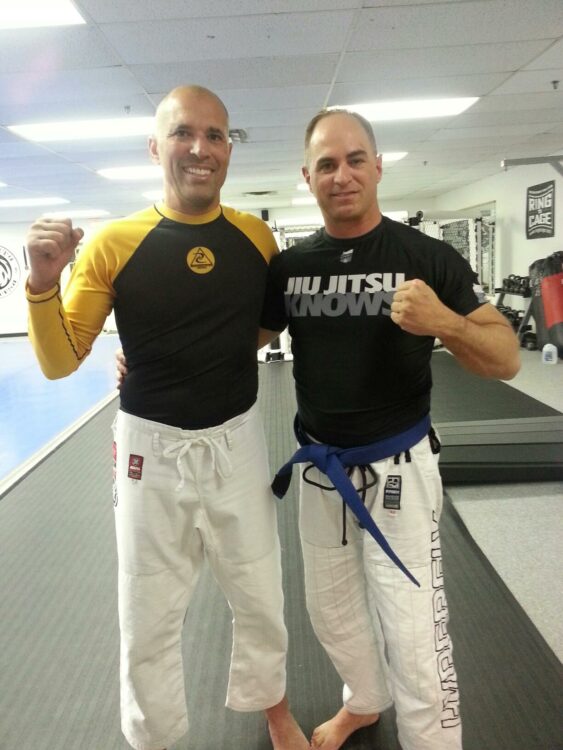 “One of the keys to being resilient, is having a purpose. It comes from the heart and the drive …to keep going, to keep doing better, to keep accomplishing,” stated Swartz.

Admittedly, recovery was a struggle for Swartz, but he was not alone. He explained while his first steps without crutches or touching the wall were his actions, “There were a whole lot of people, friends and especially family that were part of this whole thing going on with me and my life.”

Each step, literally and metaphorically, led him to return to work fit for full-duty within 11 months of his accident.

“Can I arrest somebody without handcuffs?” questioned Swartz. “Yes, but handcuffs make it easier. Can I take somebody to the police station without a patrol car? Yes, but the patrol car makes it easier. In my case, I have an extra tool, I have a leg to help me do what is in my heart.” 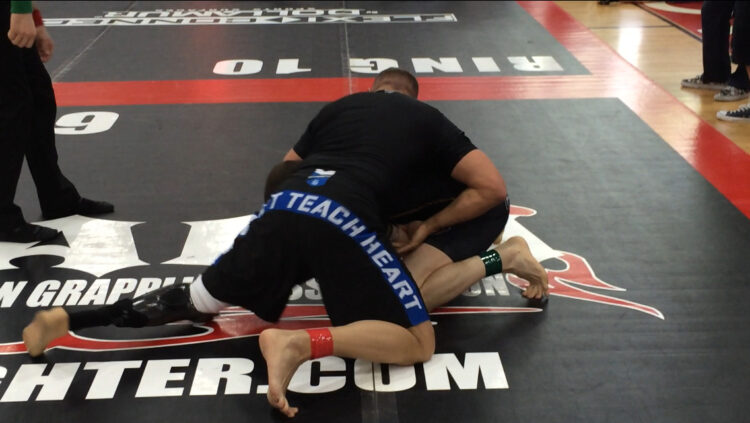 After a distinguished career in law enforcement serving 6 years with the New York Air National Guard, 3 years in the Active Guard Reserve Program assigned to the counterdrug task force, and retiring from 23-years active service as a state trooper, he became a firearms instructor at the FLETC Glynco in 2016.

Unfortunately, tragedy struck again in July 2017. “I was hit … by someone who wasn’t paying attention to their driving,” explained Swartz. “One step forward, then two steps back—for an amputee, that says something.” 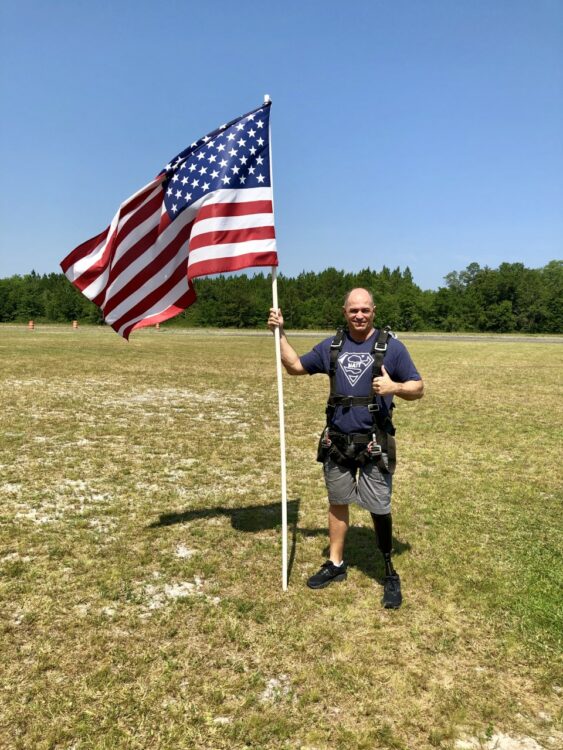 He credits his humbling recovery time to the support of fellow coworkers at FLETC who sent supporting messages and donated sick leave to help him out. In addition, his former coworkers who didn’t forget him gave him strength.

“Life can be really hard sometimes,” explained Swartz. “If you are knocked down, you find a way to do your best to get up, keep moving ahead, and keep moving in life.” He mentions a quote that means a lot to him, “Aut invenium viam aut facium—find a way or make one.”

In January 2018, the firearms instructor was back on podium instructing students and leading by example. Recently, he graduated with a bachelor’s degree in Homeland Security from American Military University and completed the 1-mile Spirit Run, running in honor of FLETC’s Peace Officers Memorial Day. Amazingly, he still makes time to play his guitar and train in Brazilian Jiu Jitsu. It is his ability to keep his ‘sights on target’ that inspires resiliency in others.

Swartz is committed to helping students as he has been helped throughout his career. “My strength in all this was kind of based on the fact that I am not anything special, I am not really anything different from anybody else.” 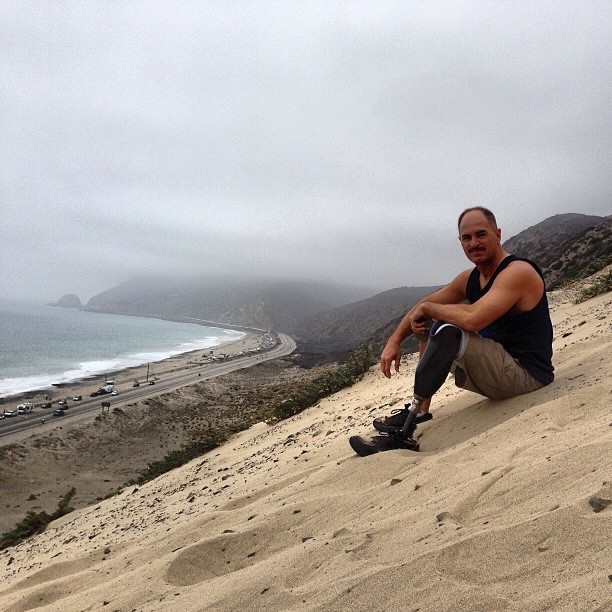 He continues to share his story with local schools, at law enforcement academies, the Wounded Warrior Project, and various public groups. “I was lucky enough to survive and I count my blessings every day, and I concentrate on staying focused and happy with what I got, what I can do, and what I can accomplish,” said Swartz. “You gotta have it in your heart to do the right thing … to fight the good fight.”

The dictionary definition of resilient is springing back, rebounding; recovering readily from illness, depression, adversity or the like. Swartz smiled when he heard the definition aloud,
sharing, “I could wear that on a t-shirt, it fits me perfectly.”
###