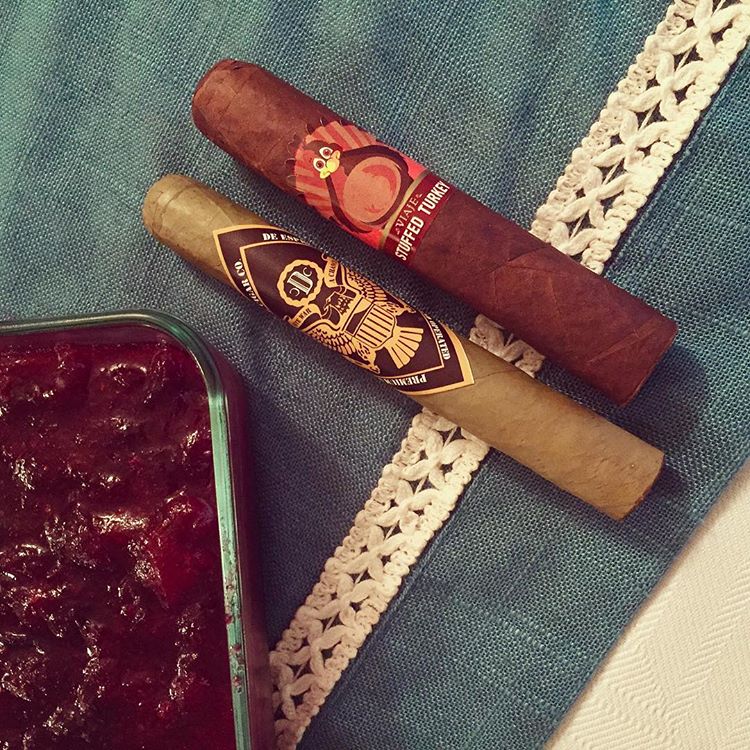 I met Nick in a shady alley. Even though I’ve seen him once before and it was dark, I was pretty sure he was wearing a wig. “You’re that bloke from Spotter Up”, he said in a very fake Dutch accent.   Ok, it didn’t quite happen that way. But the release of Degenerate Cigar brand has been eagerly awaited and we have teased you long enough with videos, photos, and podcasts.

I met with Nick and Danny, and have been talking to Sawyer for some time. Somehow when you mention “degenerate”, people who know always assume the 75th Ranger Regiment, and Article 15’s. Ok, mostly the Regiment. True to the stereotype of making things great in an outside-the-box way, two of the Degenerate’s five men crew, are Rangers. Maybe that’s why we hit it off so well, because in bringing their cigars to production the boys really embraced the Spotter Up motto of “Find a Way, or Make One.” 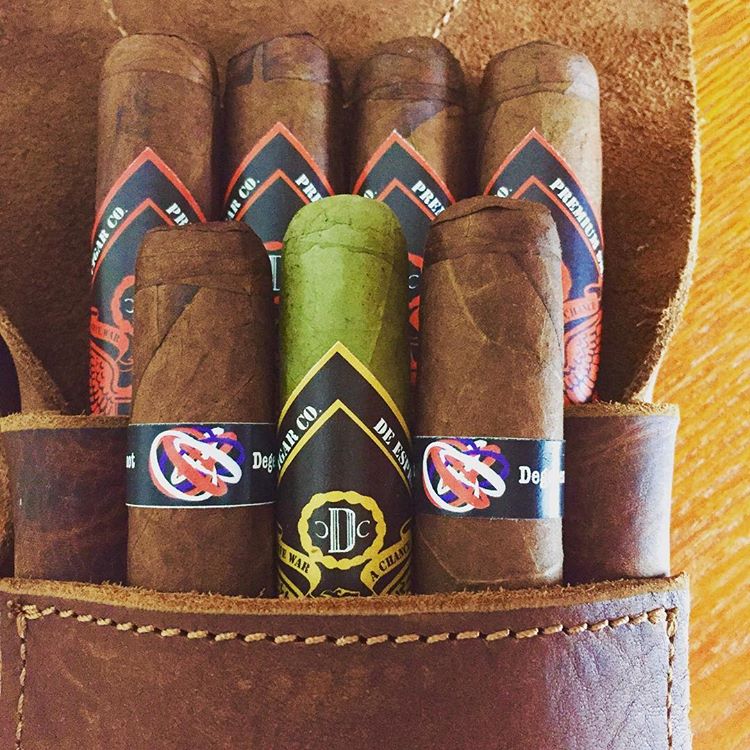 They had to change suppliers, makers, and hop through many government regulations to make this a truly unique and quality product. Aside from designing and making cool things, the guys gave me a few lessons on how to properly pick and enjoy a cigar. Many of us get hooked on smoking in the Military, and there is no shortage of cigar clubs across the deployed areas.

They offer camaraderie, support, a way to relax and unwind, and are backed by the support of awesome organizations like Cigars For Warriors, and many businesses and manufacturers which contribute to that mission. That fact of continued support and giving back is not lost on Degenerate Cigars. Every blend purchased benefits a dedicated non-profit. They include The Darby Project, The Green Beret Foundation, and the Three Rangers Foundation. 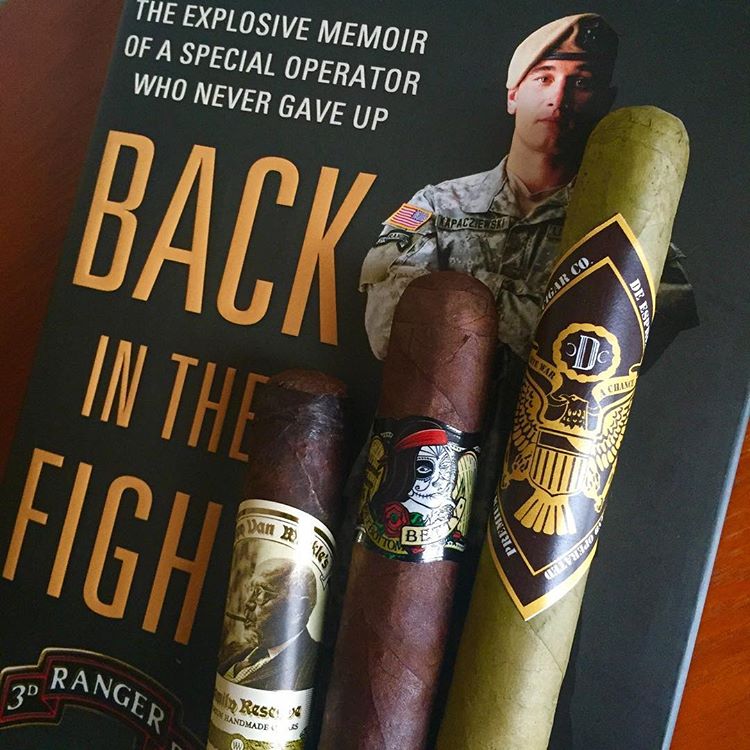 Nick gave me a sample run of the Gold Star blend, which has a beautiful two-color candela wrapper, made in Dominican Republic by classic artisan cigar makers. The cigar itself was a 48 ring gauge by about 5”, a perfect size to enjoy without getting too committed if you still have time on the range.

The double Maduro wrapper held a beautiful ash, and allowed for a consistent, smooth draw. The filler was long and medium bodied, adding to the whole experience with tastes of light woodsy tones, natural sweetness, and coffee. 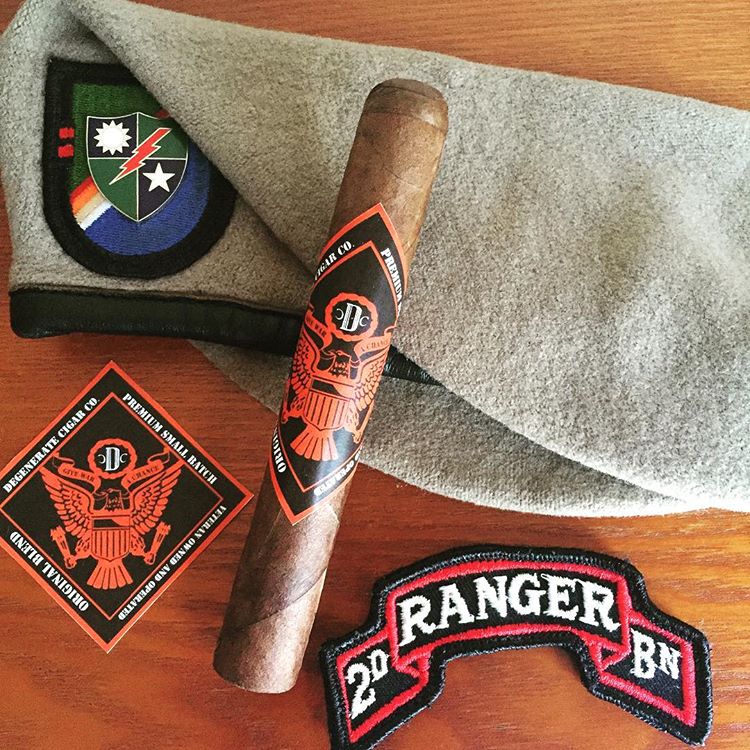 Yeah, that’s right – coffee. In partnership with De Espresso Liber, the cigar was coffee infused. But unlike some infused cigars which carry their full body flavor throughout the smoke, and have a flavored cap, the Gold Star blend had a consistent hint of flavor, without overpowering the natural cigar tones and qualities. Either one may be your preference, but smoking the Gold Star was truly a beautiful experience, even out in the wintry elements.

The smooth flavor of coffee lasted through the entire smoke, gently and tastefully. In a secret interview I was explained how the long aging process works, in conjunction with the coffee infusion. The blend of De Espresso Liber coffee used in the Gold Star blend was “crafted to honor Special Force Medic SFC Wyatt Goldsmith.” 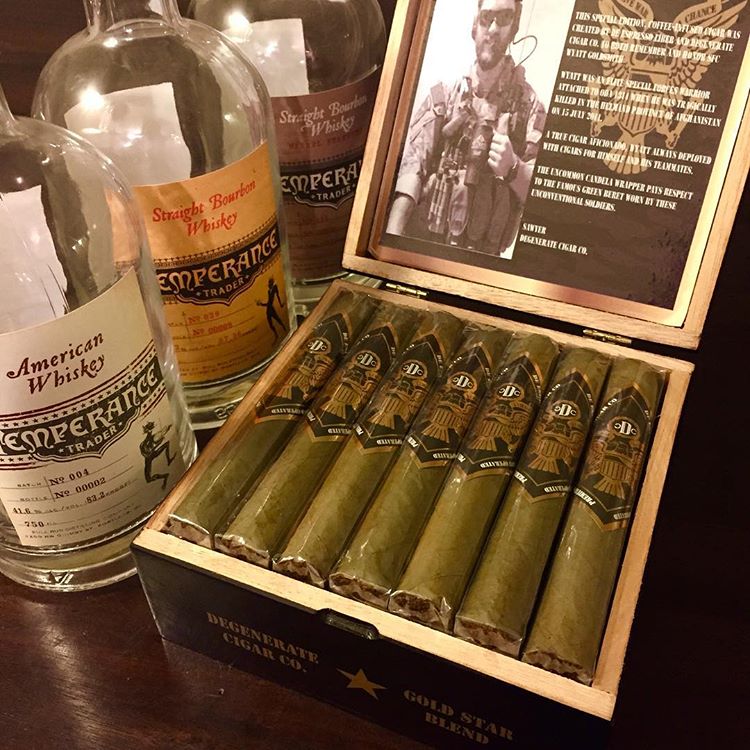 He was KIA on 15 July 2011, and proceeds from the sales of this blend benefit The Green Beret Foundation. I have to give a special shout out to De Espresso Liber, a veteran-owned coffee maker which generously supported our SHOT in the Dark 2017 charity event, and which is a partner and affiliate at Spotter Up. 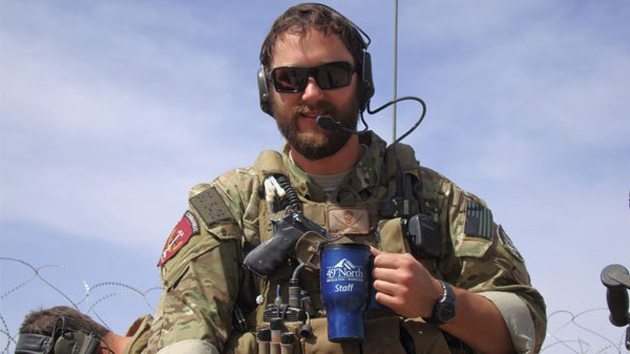 If you’re not into any of the jargon or definitions, which honestly I had to continuously cross-reference writing this so that I wouldn’t misuse any terminology, just know this. The Degenerate Cigar Company is an outstanding group of veterans and patriots, who continue to support and give back to the veteran community.

The Gold Star blend was truly an incredible experience, and another score by the Milwaukee and Wisconsin natives. I let the Missis try a lot of the cigars I smoke. She has an open mind, and a completely impartial fresh experience, with similar feedback, and adds a whole new level of beauty to the experience.

In her own words “this is the best cigar I ever smoked.” It is a perfect way to reflect and honor those of us we call heroes, and the sacrifices they made.

All images courtesy of Degenerate Cigars