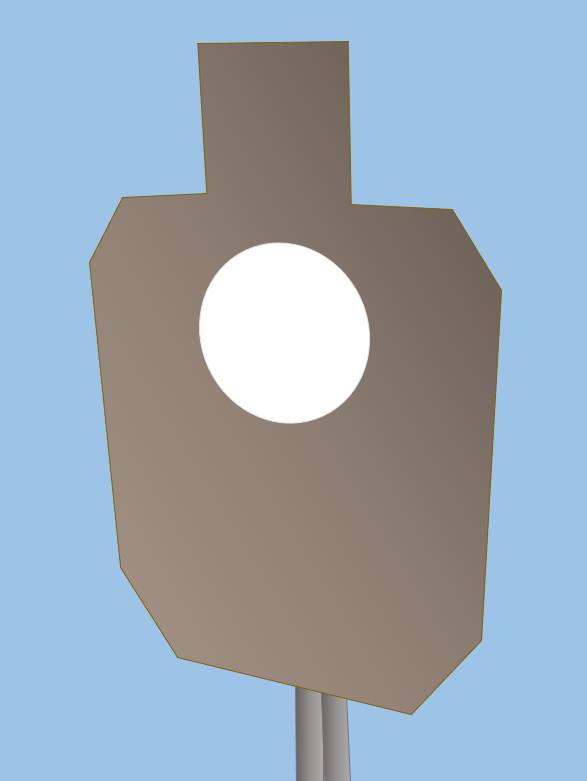 10 Rounds at 5 Yards: A performance measure

In the last part we discussed the importance of a good fighting stance for the rifle as a foundation to build on. Now we will discuss a skills drill that will help a shooter to test whether or not their stance grip and position on the rifle will be suitable for combat.

This shooting drill called “10 rounds at 5 yards” is a simple drill that involves firing 10 rounds inside a circle that is around 9 or 10 inches in diameter at a distance of 5 yards. The shooter can load just 10 rounds into the magazine so that the shooter doesn’t have to count and can focus on the sights, trigger and recoil management. The target itself can be a disposable paper plate stapled onto a silhouette target such as an IDPA or ISPC target.

Before we go any furthur we have to know about the origins of this drill in order to gain a better insight into why and how the drill should be done. This drill was created by Mike Pannone (an ex Delta Force operator) and his drill, named the “Platform Drill”, started at 10 rounds at 20 yards within 10 seconds followed by 10 rounds at 10 yards in 5 seconds and finally 10 rounds at 5 yards in 2.5 seconds. Mike Pannone then passed this drill onto Kyle Lamb (also ex Delta Force operator) after which he renamed it the “Half and Half” drill.

“Another one. Original format ½ & ½. I came up with that for my first contract class in July 2001 with ODA-185. Amazing how it has become kind of a standard now. I originally called it the “Platform Drill” because it validated a proper combative shooting platform. When I brought it to VTAC Kyle came up with the snappy ½ & ½ moniker.”

“Mike Pannone and I designed the 1/2 and 1/2 drill to reinforce some of the principals that we both think are key to tactical carbine shooting. Work on getting the gun quickly up on target; drive the gun to the center of the target on the follow-up shots; SQUEEZE the trigger on every shot; shoot as fast as you can accurately place rounds on target; and keep your weight on the balls of your feet, support hand forward on the rifle in order to properly control recoil.”

The reason why it is recommended that the drill should be abbreviated to the 10 rounds at 5 yards is because the first two parts don’t really do much to test a shooter’s stance and are therefore a waste of time to test. This is analogous to a physical test in either the military or police as a common test would involve running a set distance within a certain time. We do this in order to accurately test someone’s work capacity and the only way to do that would be to undergo a test that works the body hard.

You will not see a physical test that involves walking unless that person is carrying heavy weights as walking without carrying any extra weight is an easy test almost anyone can accomplish. Bringing this logic back to the drill we see that the first two parts of the original drill would be akin to walking as it is a test as most people can accomplish it within the time limit.

The 5 yard line however is a different story. This is a true test of the integrity of a shooter’s stance as it is actually quite difficult for most people to achive within the set time of 2.5 seconds in the original drill. In order to pass this drill all of the shooter’s foundations and fundamentals must be solid in order for everything to work. If for example the shooter does not shift their center of gravity forward sufficiently then they will be knocked off balance after the first few shots which will cause their cadence to be interrupted which would in turn indicate a weakness in the shooter’s stance that needs to be fixed. 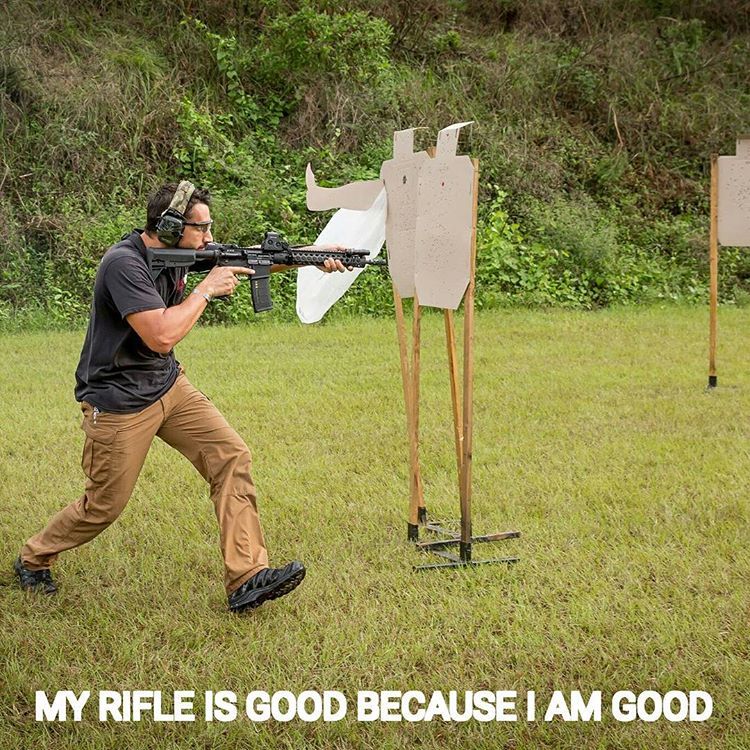 So to break down how the drill is conducted:

Set up a silhouette target with an inner circle target of 9 or 10 inches in diameter.

Load 10 rounds into a magazine.

Stand 5 yards away from the target with the rifle at the low ready with safety on.

At the beep of the shot timer raise the rifle and disengage safety and fire all 10 rounds into the circle as quickly as possible while maintaining positive control of the rifle.

All rounds must be inside the circle, remembering balance of speed and accuracy, if your group exceeds the limit of the circle it means slow down, if the group is tight (<5″) you can increase your speed to maximise the entire area.

If a round has missed the test is invalid. The drill has either shown the stance to be inadequate in controlling the recoil of the rifle or the shooter’s execution of the fundamentals were off (sights/trigger/follow through).

The shot to shot cadence must be even and there are to be no breaks in the cadence. That means if the shooter has a slight pause between one of the rounds the test is invalid. The shooter’s stance was inadequate in controlling the recoil thus the shooter was forced to pause as the body regains balance before continuing on.

Slings are not to be used in the drill as it can be used to provide support to the shooter and may act as a crutch therefore hiding possible deficiencies in the shooter’s stance.

3.5 seconds is the maximum time allowed to conduct the drill

3 seconds or less is considered good

2.5 seconds or less is considered great

2 seconds or less is considered excellent 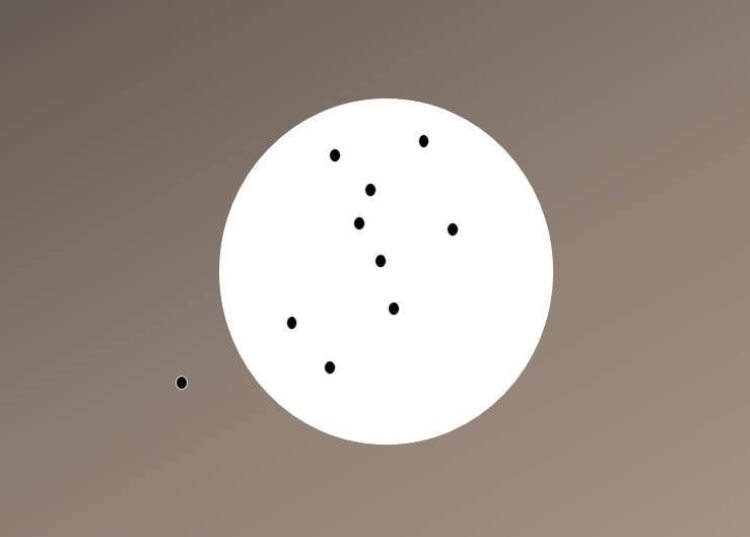 One round outside the effective zone. Test invalid. Shooter to redo test until all standards are met. 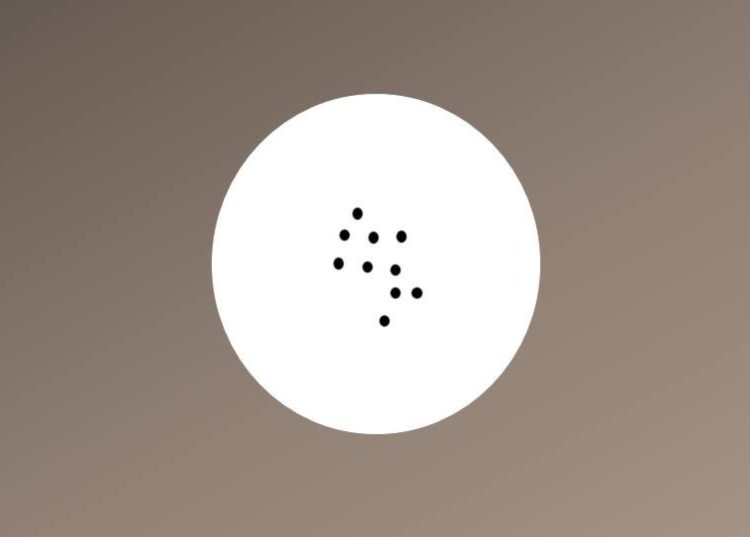 Tight group. Indicates that shooter can increase speed to maximise the entire effective area and finish with a faster time.

How this all fits in the bigger picture:

This drill exists to establish the “gold standard” for the stance, grip and position of the rifle. As one can imagine with the chaos of combat it is rare to see the perfect stance that you would use for the drill, however what does happen is that if a shooter knows and is proficient with their stance that their body will automatically adapt the stance to situation at hand. The shooter could be behind cover, in an odd position or on the move but if they have established the gold standard in training you will see their stance and position be somewhat retained no matter what the situation is.

Tips for the next practice session at the range:

Remember to do this drill at the start of every session at the range and record the date and results. Over time you will be able to track the progress and improvments on the drill. Doing it first means doing it cold which indicates what you are capable of doing on demand and out of the blue.